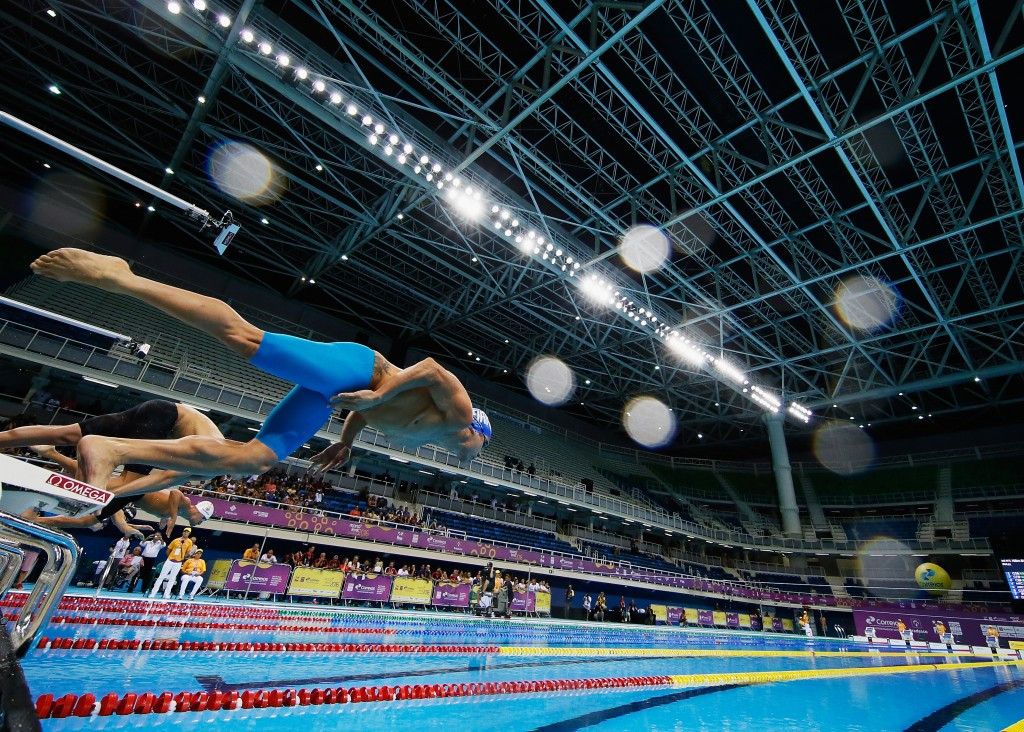 Brazil’s Kaio Almeida secured his place at a fourth Olympic Games after achieving the required men’s 200 metres butterfly qualifying time at the Rio 2016 test event in the Olympic Aquatics Stadium.

The 31-year-old, whose first Olympic appearance was at Athens 2004, produced a strong display to finish the distance in a time of 1min 56.21sec.

Thiago Pereira, who last year broke the all-time record for medals at the Pan American Games, and Gustavo Borges, will be the only other Brazilian swimmers to make four appearances at an Olympic Games after Rio 2016.

It proved enough to only claim second place, despite the short-track specialist having led at the halfway stage of the race, with fellow Brazilian Leonardo de Deus earning victory in 1:55.54.

The duo will both represent their country at a home Games, having achieved the qualifying time of 1:56.97, with de Deus’ effort placing him as the sixth fastest man over the distance in 2016.

Vinicius Lanza completed the all-Brazilian podium in a time of 1:57.44.

Larissa Oliveira delivered further success for the hosts, with the event acting as the final Brazilian Olympic trials, as she clocked an Olympic qualifying time of 1:57.37 in the women’s 200m freestyle.

The women’s 200m individual medley saw Brazilian record holder Joanna Maranhao claiming victory in a time of 2:14.37, with the Czech Republic’s Barbora Zavadova finishing as the runner-up in 2:15.01.

Argentina’s Virginia Bardach clocked a time of 2:15.13 to finish in third position.

The test event is due to continue tomorrow and will draw to a close on Wednesday (April 20).

It will be followed by a Paralympic swimming test event from April 22 to 24 and a water polo one from April 25 to 29.