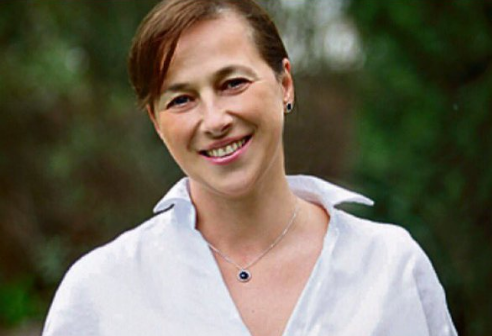 Anna Arzhanova's campaign to become the first female President of SportAccord has received an endorsement from the chair of the European Union's Committee of Culture, Education, Youth and Sport.

Silvia Costa., an Italian member of the European Parliament (MEP), claimed it is important to have more women in senior leadership positions in the sports world.

"As chair of the EU Committee on Culture, Education, Youth and Sport, my efforts go towards the promotion of sport as a model of living, in each of his best aspects," she said.

"We are committing efforts in the establishment of a European room for a clean and smart sport, as well as for the promotion of sport as the universal language to be spoken by open and inclusive societies.

"In this context, I am thoroughly convinced of the importance of having a women, Anna Arzhanova, running for the Presidency of SportAccord.

"Whether they are athletes, trainers or sport managers, women are conquering space and achieving excellent results.

"That’s how the equality gender match needs to be played.”

If successful, Azhanova will join a relatively small bunch of women in senior positions in the sports world.

Although Russian, Arzhanova spends much time inItaly, with the CMAS headquarters located in Rome.

A petition, available here, has also been set-up to help her candidacy, together with the hashtag #AnnaNeverGiveUp.

It has currently been signed by 34 listed signatures, mainly from Russia, Italy and the underwater sports community.

Arzhanova, a 46-year-old from Moscow and previously a member of Russia's shooting team, has been President of the CMAS since 2013.

She was initially seen as the underdog in the two-horse race in comparison with the better-known Baumann, widely assumed to be the preferred choice of the IOC.

An election between the two is due to be held during the SportAccord General Assembly here on Friday (April 22).

They are bidding to replace another Swiss, interim leader Gian-Franco Kasper, following a tumultuous year for the organisation following the resignation of former President Marius Vizer barely a month after he criticised the IOC and its President Thomas Bach.

Arzhanova's campaign appears to be gathering momentum, however, boosted by how a majority of 54 of the SportAccord 88 members represent non-Olympic sports.

She is also aiming to appeal to the IOC by seeking for SportAccord-organised multi-sport Games to be showcased on the new Olympic TV Channel.

Baumann, in comparison, is confident he can appeal to the non-Olympic sports as he is currently striving to have basketball 3x3 added to the Olympic programme, so shares priorities like Olympic inclusion.

His campaign has lower profile than Arzhanova so far, however, while he may also be being distacted by ongoing developments in basketball.

Eight countries have been thrown out of EuroBasket 2017 by FIBA and a further seven have been warned  for associating with the un-sanctioned Euroleague, it emerged yesterday, with participation at this year's Olympic Games also threatened.