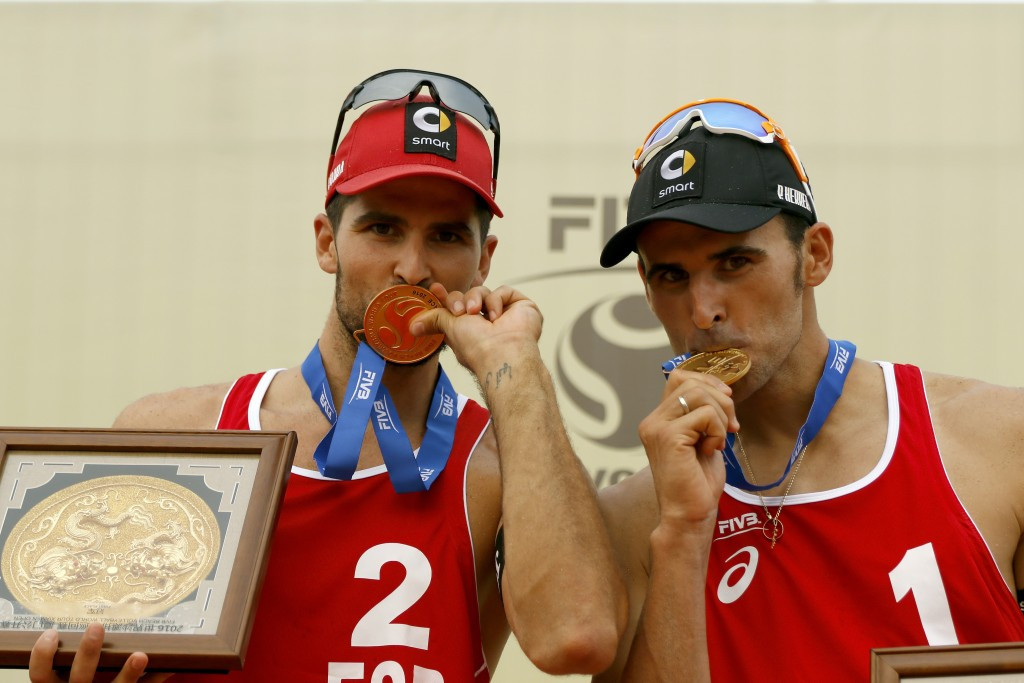 Spain's seventh seeds Pablo Herrera and Adrian Gavira came from behind in the semi-final and final before claiming glory in the International Volleyball Federation (FIVB) World Tour Xiamen Open.

The pair saw off United States duo John Hyden and Tri Bourne 14-21, 21-19, 15-12 in the final in China to seal a second gold medal together at World Tour level.

They had earlier battled back to win their last four contest against Russians Konstantin Semenov and Viacheslav Krasilnikov, 19-21, 21-16, 15-10.

"They started perfect on service and block and it’s impossible for us,” said Herrera after the final victory.

"We just waited for our chance and in the second set we took it.

"We played better side out and defence and we won.”

The Spanish pair claimed 500 ranking points for Rio 2016 thanks to their victory.

The Americans had also faced a lengthy semi-final, with the fifth seeds outlasting Mexico's Lombardo Ontiveros and Juan Virgen 21-18, 17-21, 15-12.

Elsewhere, it was quarter-finals day in the women's competition with top seeds and title favorites Kerri Walsh and April Ross going through.

They will meet Austria's 29th seeds Barbara Hansel and Stefanie Schwaiger in the last four after their 32-30, 17-21, 15-11 win over Germans Karla Borger and Britta Buthe.

Isabelle Forrer and Anouk Vergé-Dépré of Switzerland and Germany’s Chantal Laboureur and Julia Sude will meet in the other semi-final, with the former coming through 21-18, 18-21, 15-13 against Germans Katrin Holtwick and Ilka Semmler.

The successful Germans saw off Taylor Pischke and Melissa Humana-Paredes of Canada 21-17, 21-12.

The women's semi-finals and final will be played tomorrow.