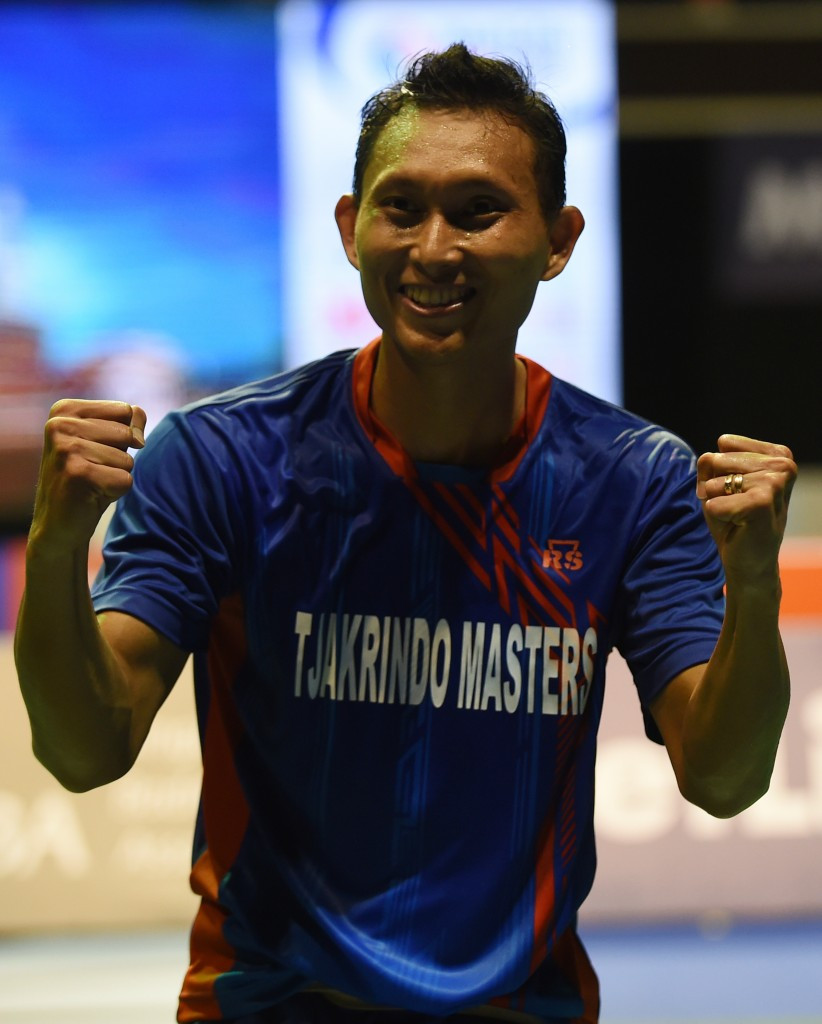 The 31-year-old won bronze at the Athens 2004 Olympics but had to qualify for the Super Series event at the Singapore Indoor Stadium.

It means that a Singapore title continues to elude Lin, the Beijing 2008 and London 2012 men's singles champion.

In the women's competition, Ratchanok Intanon of Thailand remains on course for a third consecutive Super Series crown after reaching the final.

The champion in India and Malaysia knocked out Japan's Akane Yamaguchi 21-12, 22-20 in the semi-finals to set up an intriguing showdown with defending Singapore champion Sun Yu.

The Chinese beat compatriot He Bingjiao 21-10, 21-16 as she bids to defend the title she won a year ago.

Both finals will be played tomorrow alongside the concluding matches in the doubles competitions.