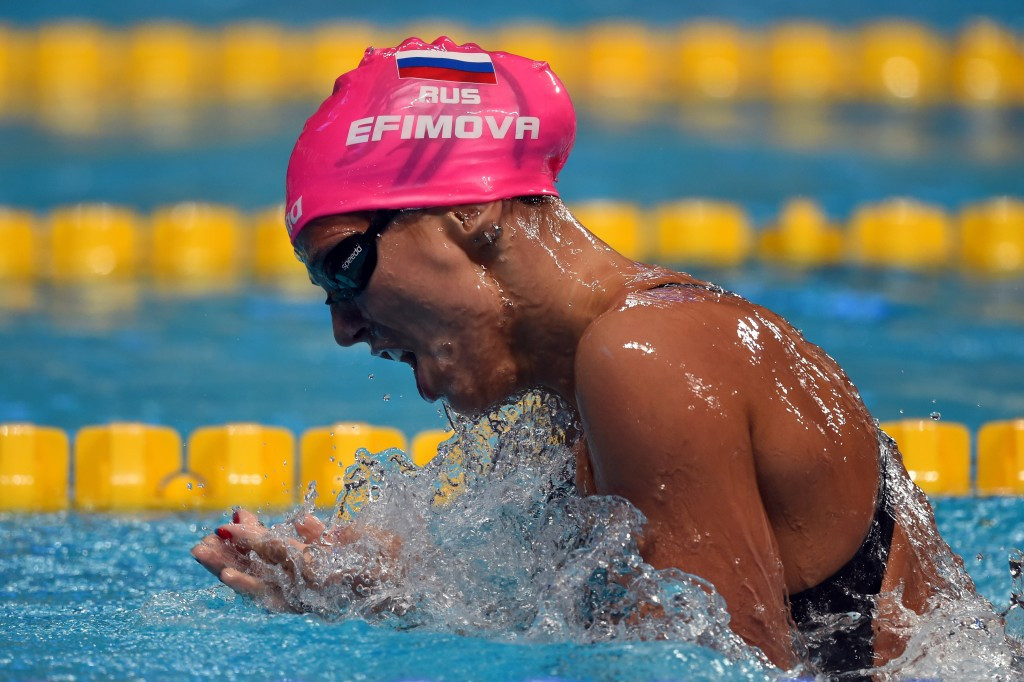 An appeal from Russia's leading swimmer Yuliya Efimova for a provisional suspension imposed on her following a positive drugs test for meldonium to be lifted in time for her to compete in her country's Olympic trials has been turned down by the International Swimming Federation (FINA), they have announced.

Efimova, the 100 metres breaststroke champion at last year's home FINA World Championships in Kazan, had been hoping she would be free to compete again following the announcement by the World Anti-Doping Agency (WADA) on Wednesday (April 13) that they were reviewing cases involving meldonium.

WADA ruled that if below one microgram of the heart medication, only added to the prohibited list on January 1, was detected in a test before March 1, a no fault or negligence verdict could be reached.

The organisation admitted "limited data exists to date" on the urinary excretion of the drug, while the renal elimination of meldonium is expected to "vary significantly between individuals, depending on the dosing and duration of the drug administration protocol".

Following the announcement, the 24-year-old Efimova had written to FINA asking for her current temporary suspension to be removed so that she could compete at Russia’s Olympic trials, due to begin in Moscow later today.

Several other Russians in other sports who have tested positive for meldonium have already had their bans lifted, temporarily at least, following WADA's announcement.

FINA, however, has rejected her request.

"Considering the provisional suspension imposed by FINA to swimmer Yulia Efimova (RUS) and the recent WADA recommendations on the use of meldonium, the FINA Doping Panel decided to maintain the provisional suspension of this athlete, until a hearing of Ms Efimova is held by the FINA Doping Panel," they said in a short statement released early today.

Efimova's agent Andrei Mitkov revealed earlier this week that she tested positive for meldonium on four different occasions, two of them before March 1 and two after.

FINA's decision is a blow to Efimova, Russia's best hope for a medal at this year's Olympic Games in Rio de Janeiro.

If she is found guilty of using meldonium, Efimova could face a life ban from the sport.

Efimova claimed to have inadvertently taken the steroid from a supplement she bought at a store in California, where she was training, and that a salesperson assured her the supplement was "doping-free", though DHEA was clearly listed as an ingredient on the label.

Efimova has been based predominantly in the United States since 2011, like Maria Sharapova, the leading tennis player who failed a meldonium test at the Australian Open in January.

Even if FINA had agreed to lift the suspension, Efimova may still have not been able to compete as Vladimir Salnikov, President of the Russian Swimming Federation, had revealed earlier in the day he did not think she would be fit enough to take part.