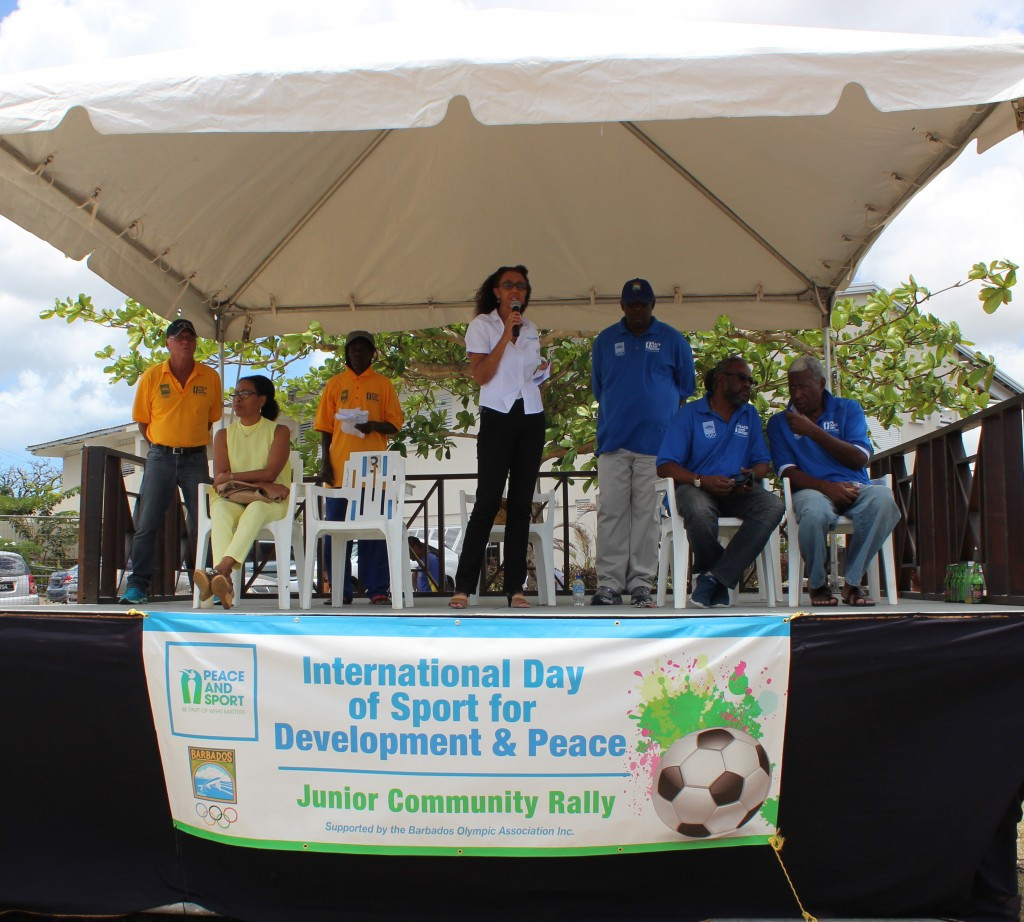 The Barbados Olympic Association (BOA) held a junior community rally to mark International Day of Sport for Development and Peace.

The event at Parkinson Field in capital Bridgetown was staged to raise awareness about social changes which can be achieved through sport.

An under-14 football tournament was part of the day, which was won by Britton's Hill who beat Empire into second place.

Dominoes and tennis were also played.

Erskine Simmons, secretary general of the BOA, said he was pleased with the turnout at the rally.

"The BOA has taken the initiative to stage this event to help promote peace and togetherness," he said.

"We recognise that the majority of the teams here are representing communities which have the highest prevalence of at risk youth."

Simmons added: "This community rally was staged to bring together the youths of these communities and prove that sports play an integral role in building character and fostering goodwill among people.

"This day is not about competition, it is about sportsmanship and togetherness."

Plans are already underway for next year’s rally which will be held in a different community.

International Day of Sport for Development and Peace was held on April 6.