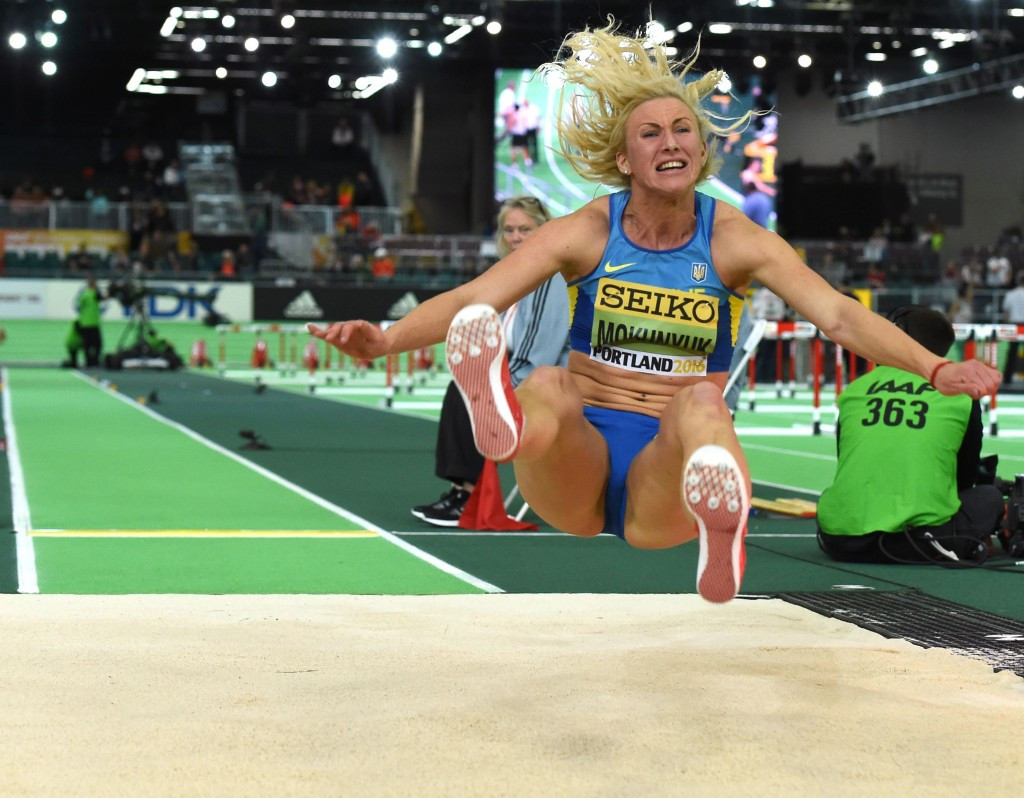 She may, however, still be able to keep her medal following the announcement by the World Anti-Doping Agency (WADA) yesterday that that positive drugs cases involving meldonium are to be investigated.

According to a statement on the Ukrainian Athletics Federation website, the 25-year-old tested positive for the substance – only added to the WADA prohibited list from January 1 of this year – after finishing second behind Canada’s Brianne Theisen-Eaton at the event in Portland.

In the statement, Mokhnyuk is quoted as saying she had been taking the drug for medical purposes before it was added to the banned list.

WADA admitted yesterday that "limited data exists to date" on the urinary excretion of the drug, while the renal elimination of meldonium is expected to "vary significantly between individuals, depending on the dosing and duration of the drug administration protocol".

The ruling, therefore, will give hope to many who are currently provisionally suspended ahead of the Olympic Games in Rio de Janeiro in August, including Mokhnyuk.

Mokhnyuk is the second medallist from Portland to have tested positive for meldonium.

If she Mokhnyuk is stripped of her silver medal, her team-mate Alina Fyodorova will be promoted to second place and the United States' Kendell Williams to bronze.

Mokhnyuk had gone into the final discipline of the five-event penathlon leading but an outstanding 800m from Theisen-Eaton saw her move from third to first.

Mokhnyuk is the fourth athlete from Ukraine known to have tested positive for meldonium.

She joins Nataliia Lupu, the 2013 European Indoor 800m champion, whose positive test for the drug meant she was unable to compete in Portland.

The other Ukrainians to have tested positive are Olga Abramova and Artem Tyshchenko, both suspended by the International Biathlon Union (IBU).

The IBU announced last week that they were delaying hearings into the cases of Abramova and Tyshchenko because of doubts over how accurate the science was in testing for meldonium.