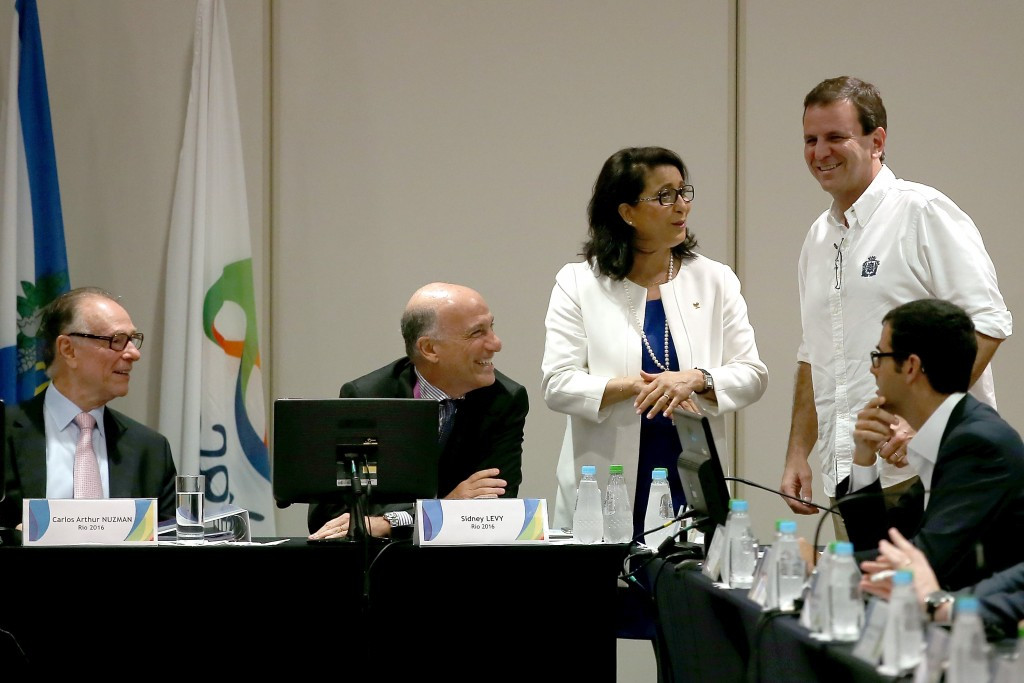 International Olympic Committee (IOC) officials were forced to ward off corruption allegations surrounding Rio 2016 construction projects here today, claiming all work was based on "pillars of transparency and good governance".

This follows a report published on Brazilian website UOL claiming the construction plan was amended by the Rio de Janeiro Municipal Government in 2012 to encourage involvement from major companies Andrade Gutierrez, Odebrecht and Carvalho Hosken.

Odebrecht, the company involved in construction of venues as well as other projects associated with the Games, have already been named in connection with Operation Car Wash, the corruption investigation surrounding oil giant Petrobras.

In a document obtained through the Freedom of Information Act, UOL claim changes made to the venue plan four years ago were connected to the decision to introduce a Public Private Partnership (PPP) at the main Olympic Park in Barra de Tijuca.

This meant the three companies, which had already been awarded construction contracts by this stage, would receive ownership of the land occupied by temporary structures or parking during the Olympics thereafter.

Changes to the original plan, it is claimed, opened up more space for lucrative real estate construction projects after the Games.

Alterations included a decision to demolish the velodrome used during the 2007 Pan American Games and instead develop a new one on the Olympic Park in Barra de Tijuca, as well as to change sites for the tennis centre and other temporary arenas.

These changes were all approved by the IOC, although there is no suggestion of any wrongdoing by either them or by Rio 2016.

In a lengthy 866 word statement released today, municipal authorities insisted all the changes were undertaken with the spirit of improving the venue-plan, with no ulterior motives.

The changes to the velodrome, for instance, were "based on the decision taken by the International Cycling Union disapproving the existing velodrome’s technical conditions".

"It is important to highlight that alterations are part of the process in projects of such magnitude," the statement claimed, before denying the changes affected the price of land.

"We know our friends in the city and Rio 2016 have worked in total transparency and good governance in line with Agenda 2020," added IOC Coordination Commission chair Nawal El Moutawakel when asked about whether they had any concerns today.

IOC executive director for the Olympic Games Christophe Dubi added: “What is fundamental is that we are working in spirit with this Olympic Games and there is nothing to hide.

"Transparency and good governance are the pillars of the way we are working - nothing more.”

A request for an enquiry into all construction contracts associated with the Olympics and Paralympics was filed by Rio de Janerio councillors late last month.

Four other companies implicated in Operation Car Wash - OAS SA [OAS.UL], Andrade Gutierrez SA, Queiroz Galvao SA and Carioca Christiani Nielsen Engenharia SA - are also involved in Olympic construction, although this does not necessarily mean there was any wrongdoing.

The investigation has also implicated many high ranking political figures, including close allies of under-fire President Dilma Rousseff, who is currently battling an impeachment process ahead of a crucial Congress vote on Sunday (April 17).