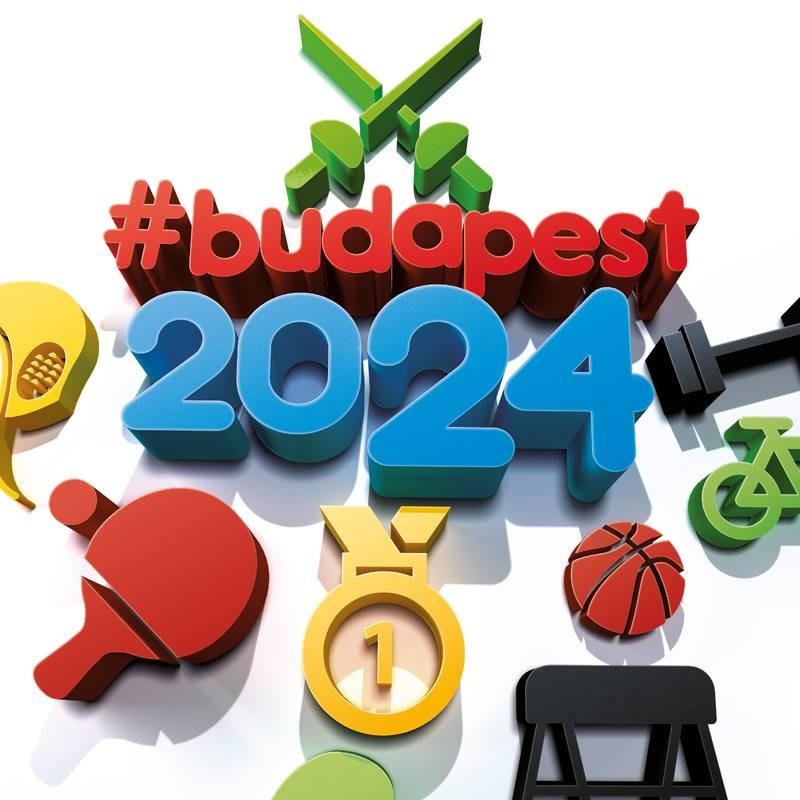 Budapest 2024 will officially launch their bid for the Olympic and Paralympic Games here tomorrow with a logo unveiling in front of the iconic Liberty Statue on the banks of the River Danube, as well as a series of fun sporting activities and a music festival in the city centre.

The all-day event, entitled "Hello Budapest 2024!" will mark the next step towards the International Olympic Committee (IOC) Session in Lima in September 2017, where the Hungarian capital will go up against Paris, Los Angeles and Rome for the right to host the Olympics and Paralympics in eight years' time.

The release of the eagerly-anticipated logo comes after a nationwide competition was conducted, which attracted over 200 entrants.

The winning design has been chosen after a jury panel whittled down the submissions to seven, before they selected their final design which will be presented to the world tomorrow.

As well as the logo unveiling, Budapest 2024's branding and website will also be launched before a host of sporting events, including a water polo match between previous Olympic champions and octogenarians, will take place in various regions of the capital.

Sports such as fencing, which has yielded 35 Olympic gold medals for Hungary, basketball, table tennis and cycling will also be staged, before the festivities come to an end with a party-style celebration in the centre of the city.

Several leading Hungarian sporting names, including Athletes' Commission head and Sydney 2000 200 metres breaststroke gold medallist Ágnes Kovács and Pál Szekeres, the first athlete to win medals at the Olympics and Paralympics after he claimed bronze in the team foil event at Seoul 1988 and then clinched gold in the wheelchair fencing foil competition at Barcelona 1992, are expected to attend.

Organisers are expecting widespread interest from the Hungarian public as the bid tries to emerge from a period of dormancy.

Fellow 2024 Olympic and Paralympic candidates Rome launched their logo and branding as early as December, while Los Angeles and Paris, considered the two front-runners in the race, unveiled theirs in February to go alongside the first submission of the Candidature Files.

Criticism has been levelled at Budapest 2024 so far for a lack of action in their attempt at bringing the Games to the country for the first time.

They have, however, recently appointed Lagardère Sports to lead an international consortium to advise the Hungarian capital on its bid.

Lagardère Sports, through its specialist agency Event Knowledge Services (EKS), will lead the overall bid, develop and manage the bid strategy and support the development of detailed technical aspects of Budapest’s Games plan, they claimed.

It is also designed to coincide with next week's SportAccord Convention, where several IOC members will be in attendance in Lausanne.

Budapest 2024 believe their "unique" logo will spark debate and invoke a positive reaction from those due to participate in the event in the Olympic Capital.