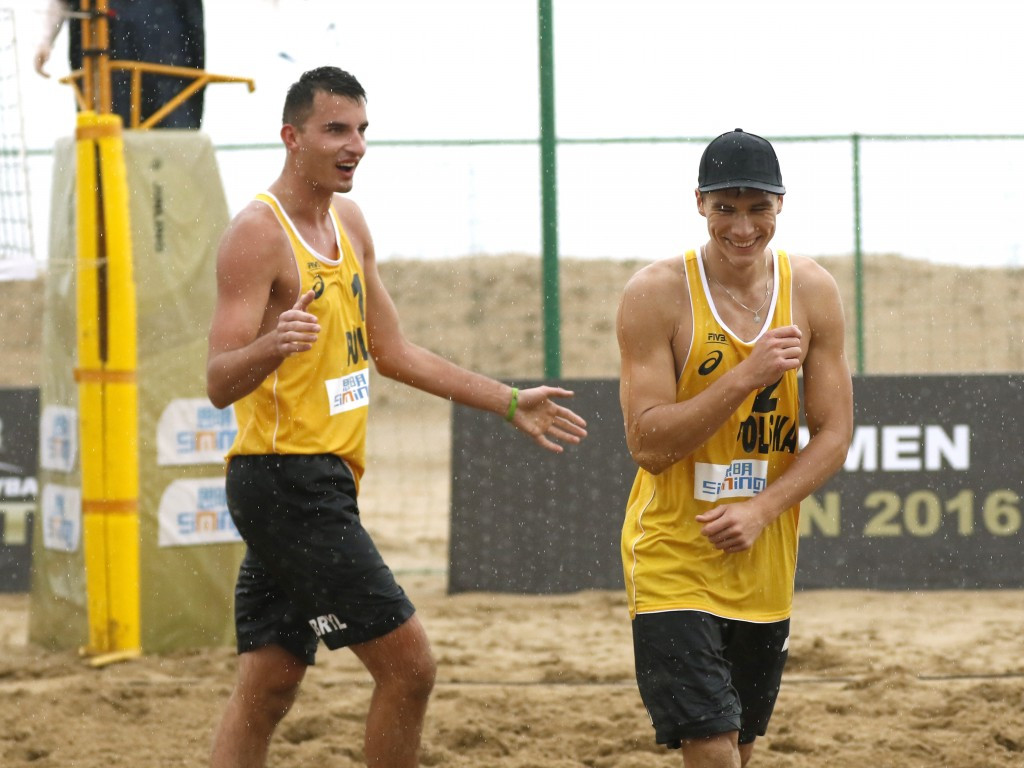 Poland's Michal Bryl and Kacper Kujawiak caused a shock in the men's competition as the main draw got underway at the International Volleyball Federation (FIVB) World Tour Xiamen Open in China.

The qualifiers were too strong for sixth seeds and Fuzhou Open champions Paolo Nicolai and Daniele Lupo although they needed three sets to beat the Italians.

"We are very, very happy to win this match," said Bryl, one half of the 27th ranked team in the 32-strong draw.

"We just kept going and never gave up.

"The second set was very important to us, because we were able to come back from 11-5 down.

Latvia's Aleksandrs Samoilovs and Janis Smedins had a good day as they eased to a pair of victories.

Thirty-two teams are playing round robins in eight groups with the top three finishers from each pool qualifying for the single elimination knock-out stage.

The women's main draw will begin tomorrow with German and American teams claiming half of the eight places on offer.