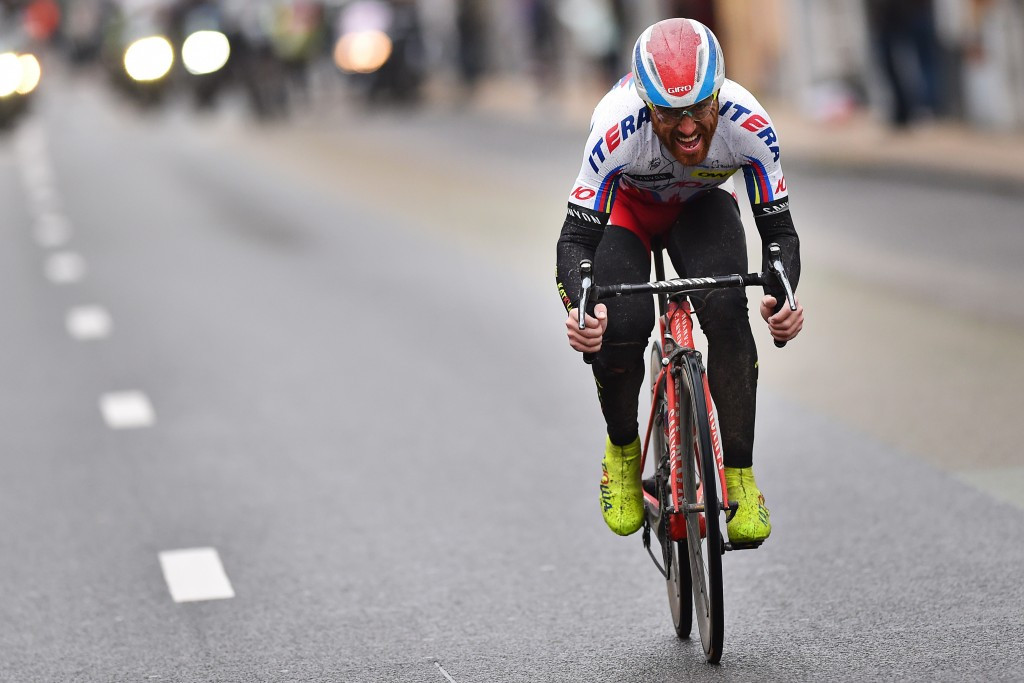 Italian cyclist Luca Paolini has been banned for 18 months by the International Cycling Union (UCI) after failing a drugs test at last year’s Tour de France, it was announced today.

The former Katusha rider was suspended on July 10 following a positive test for cocaine during the 2015 event.

He was notified of adverse analytical findings in a sample taken after stage three of the Tour on July 7.

Following the decision, the Italian rider was immediately removed from the race and suspended from competition until the case was resolved.

It was then passed to the UCI Anti-Doping Tribunal, established in 2014 with the aim of preventing National Federations giving their athletes favourable judgements.

The 39-year-old, winner of a stage at the 2006 Vuelta a España and a stage of the Giro d’Italia seven years later, had admitted to the use of the substance to the Tribunal.

He also revealed an addiction to sleeping pills in an interview with Italian newspaper Gazzetta dello Sport in December, in which he claimed to have started using them following the death of his brother in 2004.

Paolini has since undergone treatment for his addiction but had his contract with Katusha cancelled last year.

The Katusha team faced a suspension of 15 to 45 days after two positive tests in a 12-month period, following Russia's Eduard Vorganov testing positive for meldonium in January.

They escaped the sanction due to Paolini's cocaine use being deemed recreational.

The Italian could have been handed a harsher punishment of two years but the 18-month ban looks likely to signal the end of his career.

While the stimulant cocaine is banned in competition under the World Anti-Doping Agency Code, the substance is not prohibited outside of competition.

“The Union Cycliste Internationale (UCI) announces that the UCI Anti-Doping Tribunal has rendered its decision in the case involving Luca Paolini,” a UCI statement read.

“The Anti-Doping Tribunal found the rider guilty of a non-intentional anti-doping rule violation (presence of a cocaine metabolite - benzoylecgonine) and imposed an 18-month period of ineligibility on the rider.”

Katusha also announced their satisfaction at the UCI Anti-Doping Tribunal ruling and reiterated their strict policy towards anti-doping in their team.

“We are happy that there’s now been a decision but for us it doesn’t change anything for the team because we terminated his contract last year,” a spokesperson told Cyclingnews.

“At a certain point he admitted to us that he took cocaine and that’s really against our team rules.

“He still has the right to go to appeal but it doesn’t change things for us.