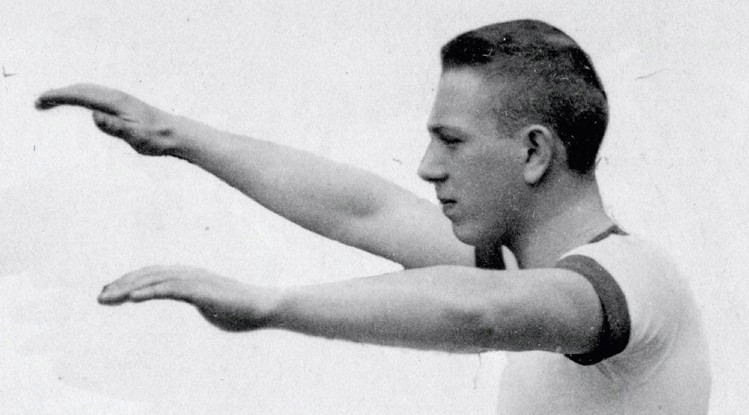 Budapest 2024 have begun the week of their official bid launch by commemorating their first-ever Olympic champion Alfréd Hajós, a double gold medallist at the 1896 Games in Athens.

Hajós took victory in both the 100 and 1,200 metres freestyle races at the event in the Greek capital to becoming the first modern Olympic swimming champion at the age of 18.

In 1926, he then went on to win a silver medal - the highest honour at the time - in the Olympic art competition for his design of a stadium at that year’s Paris Games.

Hajós is responsible for the design of 10 sporting venues in Hungary, including the swimming facilities on Margaret Island, which now bears his name as it is called the Alfréd Hajós National Swimming Complex.

He was inducted into the International Swimming Federation Hall of Fame in 1953 and remains one of Hungary’s most successful sportspeople.

“As founder members of the Modern Olympic Movement 120 years ago, Hungarian athletes were part of that special cohort of sportspeople and visionary leaders that helped bring the spirit of the modern Games to life,” Budapest 2024 chairman Balázs Fürjes said.

“As we begin the countdown to the launch of our bid for the 2024 Olympics, the Budapest 2024 recognise the particular contribution that Alfréd Hajós made to that process, as an athlete and an architect, a man who helped make Olympic sport so important for this country through its modern history.

“Our bid for the 2024 Games reflects that same inspiration, to revitalise, to build and to celebrate the central role of sport in Hungarian life.”

The launch of the bid comes after Budapest 2024 appointed Lagardère Sports to lead an international consortium to advise the Hungarian capital on its bid for the Olympic and Paralympics.

“We are proud of our sporting history - Alfréd Hajós’s achievements all those years ago played a significant role in reviving the fortunes of international sport and the Modern Olympic Movement,” Hungarian Olympic Committee chairman Zsolt Borkai said.

Budapest 2024 are due to unveil the branding, logo and official website of their bid at a special event on Thursday (April 14).

The Hungarian capital is one of four cities bidding for the right to stage the 2024 Olympics and Paralympics, along with Paris, Los Angeles and Rome.