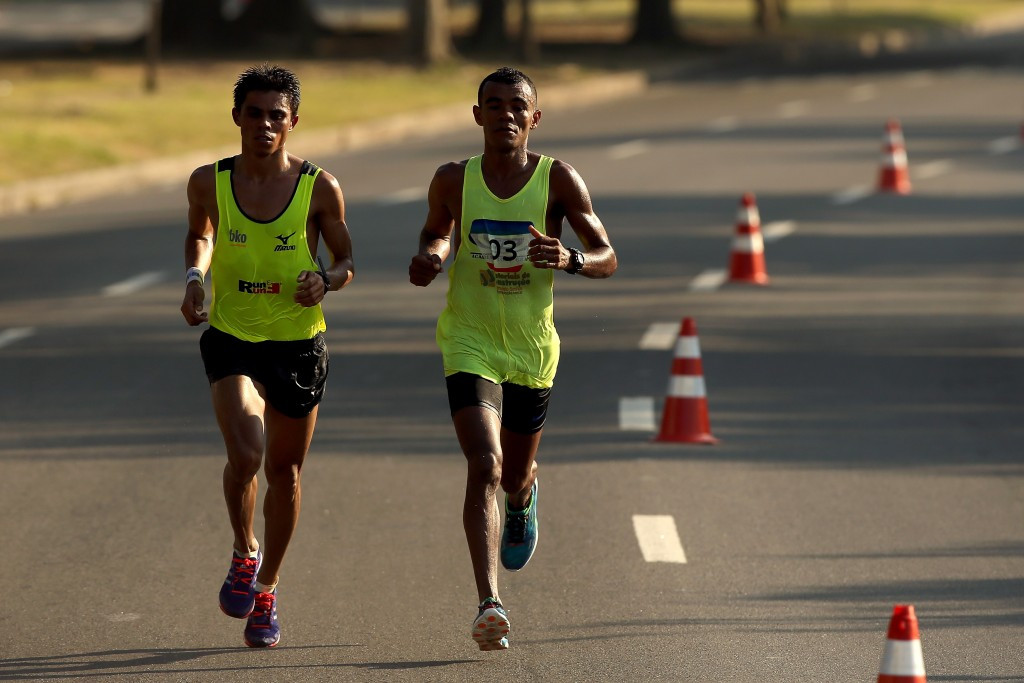 Temperatures were already soaring around 30 degrees despite the early start-time of 6:30am as a small field of 16 tackled the 26.2 miles route starting and finishing at the Sambadrome.

Marcio Barreto da Silva eased to victory in a pedestrian time of 2:31:22.

Seven of the 16 starters failed to finish, including Marilson Gomes dos Santos, the two-time New York City Marathon champion who deliberately only ran the first half of the race on his return from injury,

Unsurprisingly, the extreme heat and humidity on the course was the main concern raised by the runners.

This is expected to be less of a problem during the Games themselves, however, due to the onset of Brazilian winter.

Slight alterations could now be made to the course, although these are not expected to be substantial.

"Maybe there will be some minor changes to the route but in general it [the test event] went very well," Nascimento said.

The final route will now be discussed in the next week and confirmed in July.

"The route is well marked and the organisation was perfect," added the winner Da Silva.

"What had the biggest impact was the heat.

"It was a great thrill to be part of testing for an event that will feature the world's best athletes."