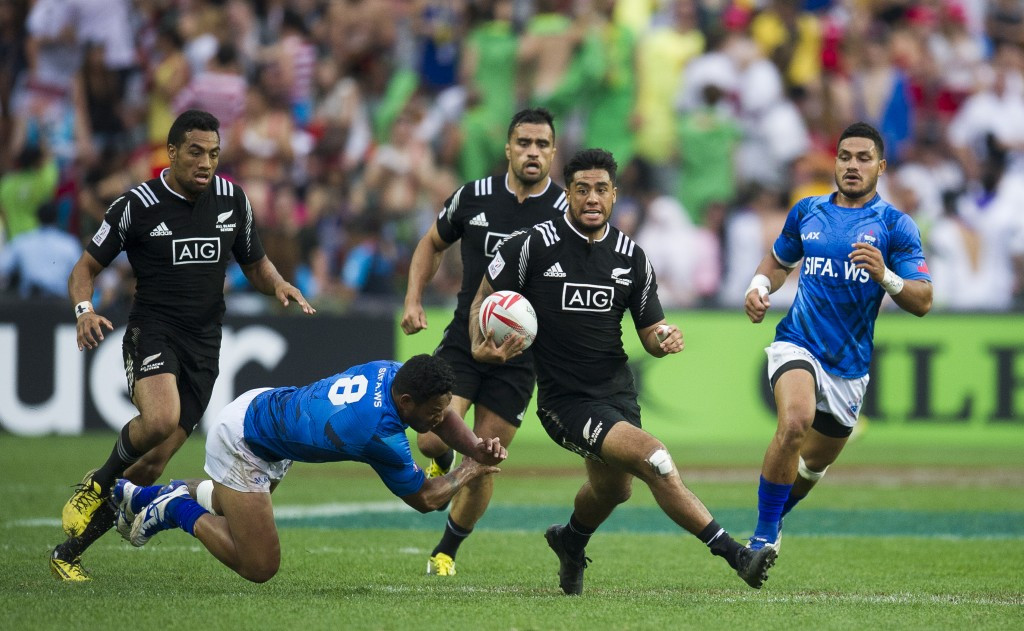 New Zealand reached the quarter finals of the Hong Kong Sevens after recording three wins out of three in Group A.

With two matches played in each group today, the Kiwis first edged past Kenya 5-0 before romping past Samoa 28-10.

The three other sides in the group all beat each other - with Kenya sneaking through in second place thanks to a superior points difference.

They lost their second game today as well - 17-10 to France - but their 24-0 victory over the Samoans on day one yesterday proved to be key.

In Group B, England backed-up their surprise victory over South Africa yesterday by topping the standings.

They saw off fierce rivals Scotland 19-0 in their opening contest and although they were held to a 12-12 draw by Russia, they still did enough to top the pile.

The South Africans recovered from their 21-14 defeat to the English to qualify after two wins today without conceding a point - 50-0 against Russia and then 31-0 against the Scots.

In Group C, the United States were in fine form as the qualified with a 100 per cent record.

They were too strong for Argentina thanks to a 26-14 win and they then saw off the considerable challenge of Australia, 22-7.

Australia's 45-7 win over Portugal saw them reach the last eight on goal difference.

The Welsh beat Canada 24-10 in their other fixture and went through as runners-up after their 40-14 win over the Koreans yesterday.