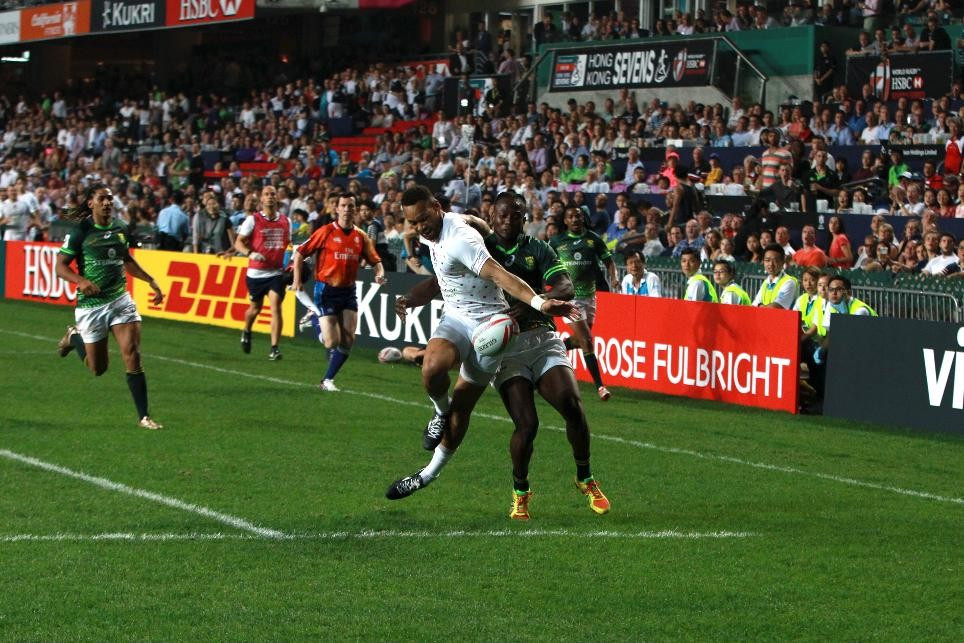 England marked a return to form by claiming a morale boosting victory over South Africa on the opening day of pool competition at the Hong Kong Sevens.

The English team had endured disappointing results in the Las Vegas and Vancouver World Rugby Sevens Series events, where they failed to make it out of their pool on both occasions to leave them competing for minor honours.

They were expected to struggle in their Pool B opener against South Africa, who lie one point behind Fiji in the overall standings.

However, tries from Dan Norton and Phil Burgess put their team on the brink of a surprise victory, with a penalty try and a yellow card for South Africa’s Seabelo Senatla eventually helping England to a 21-14 win.

"The boys were pumped for tonight, there is no place like Hong Kong for us and we were really excited to get out here,” said England’s James Rodwell.

“Everyone was switched on, some hard real work at the end but the boys' character was great."

England ended the day second in the pool, with Scotland having cruised to a 28-15 win over Russia in the other tie.

Vancouver winners New Zealand looked at risk of a shock defeat when they fell 17-0 down to France in Pool A, but eventually battled back to claim a late 19-17 win.

Kenya earned a comfortable 24-0 win over Samoa in the second Pool A match of the day.

Series leaders Fiji came through a tough tie against Canada 19-17, while Wales triumphed 40-14 over South Korea to top Pool A.

Australia brushed aside Argentina 28-0 in their Pool C opener to begin their challenge in impressive style, with the United States winning their tie against Portugal 21-5 to boost their chances of progression.

The pool phase of the competition will draw to a close tomorrow.