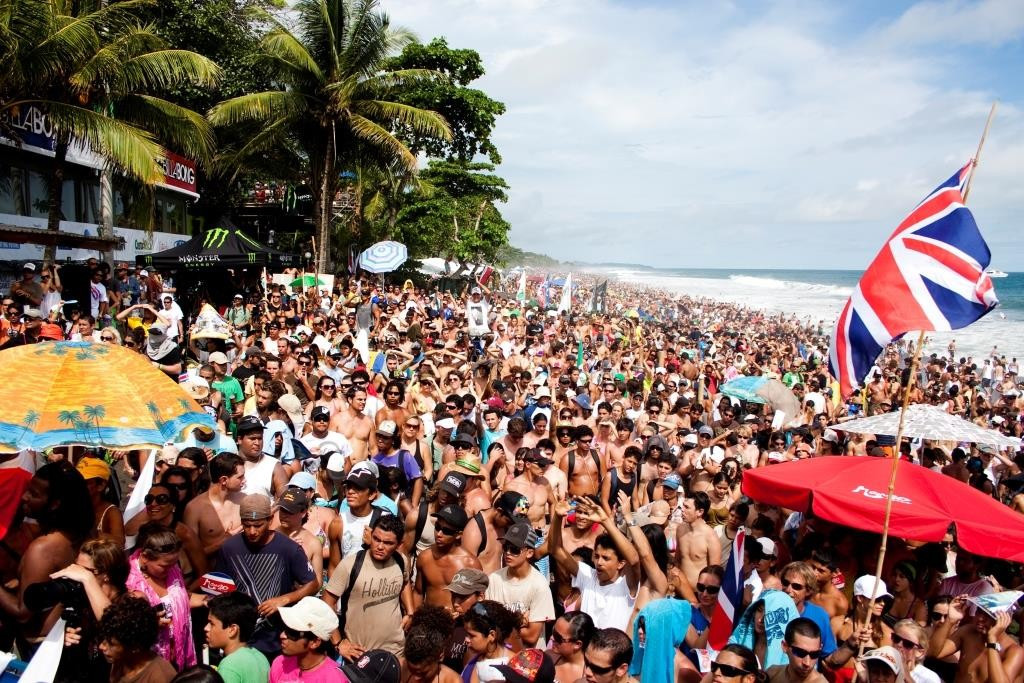 The event, which is described as an Olympic-style team competition, is due to be held from August 6 to 14.

The decision from the ISA marks the first time the World Surfing Games, which attracted 132 surfers representing 27 countries at the 2015 edition in Nicaragua, has come to Costa Rica since 2009, where Playa Hermosa was the host venue.

It will also give the Costa Rican team the chance to defend the title they secured last year.

They will bid to become the first country to clinch consecutive crowns since Australia managed the feat in 2008.

“I am ecstatic to confirm that the ISA will return to Costa Rica for the 2016 ISA World Surfing Games and provide the world’s top surfers with the dreamy, impressive waves that their shoreline has to offer,” ISA President Fernando Aguerre said.

“Surfing is an integral and vibrant part of Costa Rican culture and the performance of their athletes at an international level attests to this.

“With Team Costa Rica defending their title in their home waves and the pending Olympic announcement, this event has all the elements to be a monumental milestone for surfing.”

Surfing is a hugely popular sport in Costa Rica and the country’s Institute of Tourism has revealed over 200,000 tourists visited the country in 2013 purely to engage in the activity, which is enjoying rapid worldwide growth.

The popularity in the region helped the sport secure a place on the programme for the 2017 Central American Games in Managua, Nicaragua.

Surfing was one of five sports recommended for inclusion at the Tokyo 2020 Olympic Games along with baseball/softball, karate, sport climbing and skateboarding.

The International Olympic Committee (IOC) is due to make a final decision at its session in Rio de Janeiro in August.

If surfing is selected, it will make its Olympic debut at Tokyo 2020, with a total of 40 athletes, split equally between men and women, due to participate.

The 2016 ISA World Surfing Games could be the first event in the sport to take place with surfing as an Olympic sport.