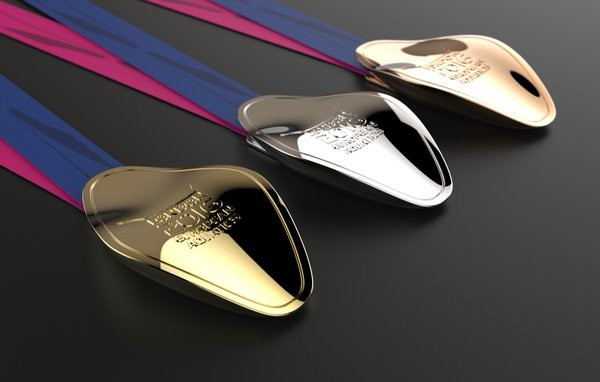 British Swimming has unveiled the medal designs for this year’s LEN European Aquatics Championships, due to take place at the Aquatics Centre on the Queen Elizabeth Olympic Park in London next month.

The medals have been produced and developed by Cambridge-based Touch of Ginger, who performed the same role for the 2015 Rugby World Cup, held in England in September and October.

The company have chosen to depict the iconic curved roof of the venue, which staged swimming events at the London 2012 Olympic Games, on the 192 gold, silver and bronze medals on offer at the Championships.

More than 900 athletes are expected to compete at the event, considered the biggest competition to be staged at the venue since London 2012, which is scheduled to be held from May 9 to 22.

The 2016 European Aquatics Championships will be delivered in partnership with British Swimming, London & Partners, the London Legacy Development Corporation and the Mayor of London, and is part of the #EveryRoadtoRio campaign, helping Britain’s athletes prepare for the Rio 2016 Olympic and Paralympic Games.

Anticipation is building ahead of the event next month, with Europe’s best synchronised swimmers, divers and swimmers set to battle it out for the right to be crowned European champion.

“The European Championships are a massive competition and it is really good to be competing at that level before the Olympics,” Jack Laugher, who made history by becoming the first British diver to win two diving medals at a World Championships as he claimed double bronze in Kazan last year, said.

“It is really good to get those competitions in for the experience.

“It makes you feel good when you are competing in front of a crowd so I am really looking forward to the European Championships.

“I love the London Aquatics Centre, it is one of my favourite pools and hopefully a really great atmosphere will make everyone on the British team dive well.”

The 2016 European Aquatics Championships will be streamed live on British Swimming’s website.