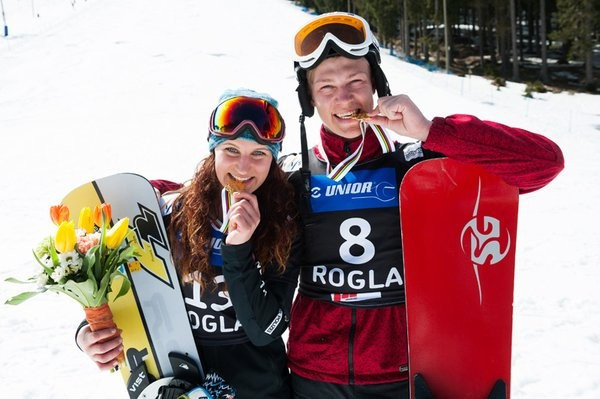 The 16-year-old Loginov, competing in his maiden World Championships, led home a Russian 1-2 ahead of team-mate Dmitriy Karlagachev, who was forced to settle for a second successive silver medal.

There was home success in third as Crt Ikovic of Slovenia finished third.

Canada's Jules Lefebvre finished fourth ahead of a third Russian in the form of parallel giant slalom champion Dmitry Sarsembaev.

Germany's Ramona Theresia Hofmeister, a comparative veteran in comparison with Loginov after passing her 20th birthday last week, ensured there was no second successive Russian double after winning the corresponding women's event.

Russia did take the silver medal courtesy of Milena Bykova.

There will be a rest day tomorrow before snowboardcross qualification is due to take place on Tuesday (April 5).