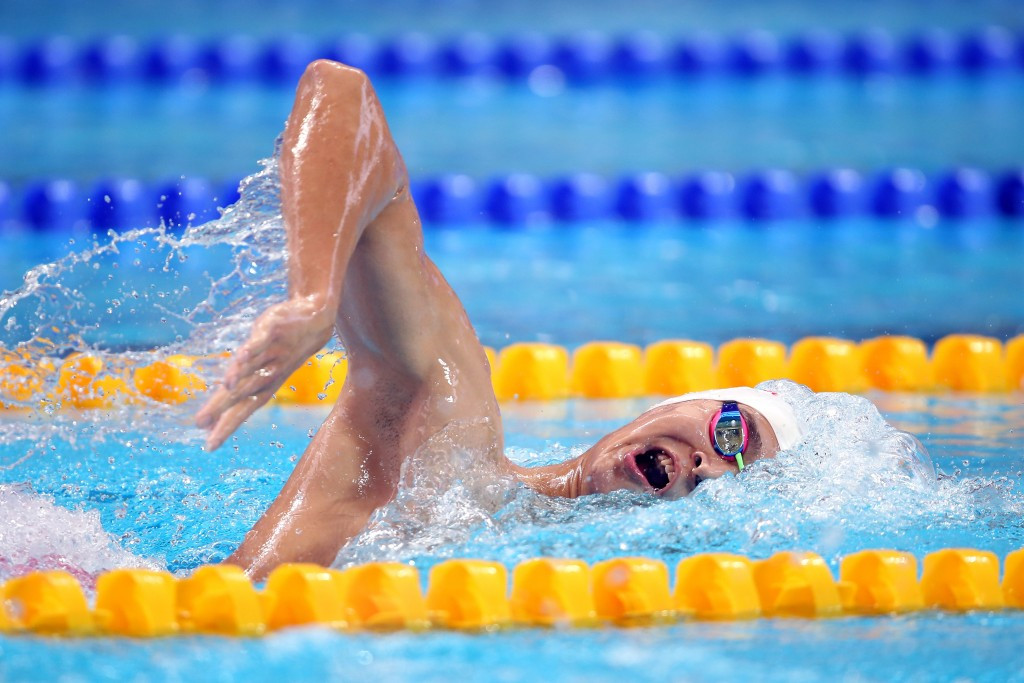 China's Championships and Olympic Swimming Trials began today under a cloud of controversy as two swimmers who tested positive for banned substance clenbuterol enjoyed successful starts to the event in Forshan.

Wang Lizhuo and An Jiabao were given warning penalties by the Chinese Swimming Association (CSA) last week after they failed drugs tests.

The duo were among the six swimmers from the country to have tested positive, announced by the governing body late last month.

Zhao Ying has also tested positive for the substance, an anabolic steroid often used to burn fat, but has yet to receive his punishment.

The other three swimmers to have recently failed tests have not been named.

Further sanctions could be brought against the athletes by the Chinese National Anti-Doping Agency in the near future, it had been reported, but criticism was levelled at the CSA for not imposing tougher punishments.

An took home silver in the 400 metres individual medley race by clocking a time of 4min 17sec, with compatriot Wang setting a national record of 59.64sec in the semi-finals of the 100m breaststroke.

The news of their warning penalties came after China became the subject of a fresh doping crisis following reports in British newspaper The Times, which claimed the country was covering up the results of failed drugs tests.

An investigation by the World Anti-Doping Agency (WADA) has subsequently been launched, while the International Swimming Federation (FINA) admitted some Chinese cases were currently being probed and vowed to leave “no stone unturned” if further action was needed.

Ye Shiwen, the subject of continuous doping accusations after she set a world record in the 400m individual aged just 16 at London 2012, as well as winning the 200m race at the Games in an Olympic record time, looks set to miss out on Rio 2016 after she could finish only seventh in the 400m.

Her performance at the Olympics four years ago was described as “impossible” by John Leonard of the United States but the Chinese athlete has never failed a drugs test.

Sun Yang, the first male swimmer from China to win gold at the Olympic Games after taking the 400m and 1500m titles at London 2012 but who served a three-month doping ban in 2014, is not participating at the event in Forshan,