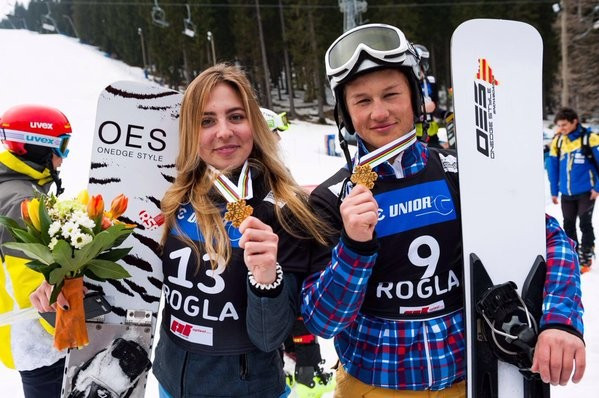 It followed the conclusion of technical events on Wednesday (March 30) in Seiser Alm in Italy.

Victory was particularly sweet for Salikhova in the women's competition as she had been forced to settle for bronze medals in both the parallel slalom and parallel giant slalom events at last year's Championships in the Chinese resort of Yabuli.

On this occasion she was too fast for Italy's Elisa Profanter, who improved from ninth last year to take silver.

In the men's event, Russia was even more dominant last year as Sarsembaev won the gold medal ahead of team-mate Dmitriy Karlagachev in a Russian 1-2.

Both male and female parallel slalom events are scheduled for tomorrow.