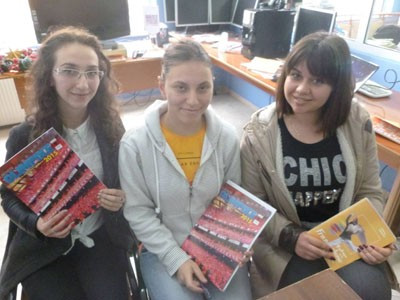 The Albanian Olympic Committee (AOC) has held a seminar on Olympic education.

A total of 95 people were in attendance, including members of regional education directorates, education offices and children's cultural centres.

Physical education teachers from across Albania were also among those involved at the Bleart Hotel in Durres.

The aim of the day was to provide information on how to implement Olympic values, as well as the organisation of school activities during the country's planned Olympic Week.

To mark the occasion, the AOC produced 2,000 Olympic kits, with 1,800 of those set to be distributed to schools all over the country.

Four case studies were presented on the best way to organise Olympic themed events, and educational materials including mini-games and quizzes will now be made available to the teachers.

Participants were also asked to fill out a questionnaire in two sections.

The first covered the importance and effectiveness of the Olympic package, with the second on the possibilities for an Olympic Day this year.

Albania has yet to win an Olympic medal of any colour after sending a team of ten athletes to the London 2012 Olympics.

In September, the President and secretary general of the International School Sport Federation paid a two-day visit to capital Tirana with a focus on creating the Albanian Federation of School Sports.