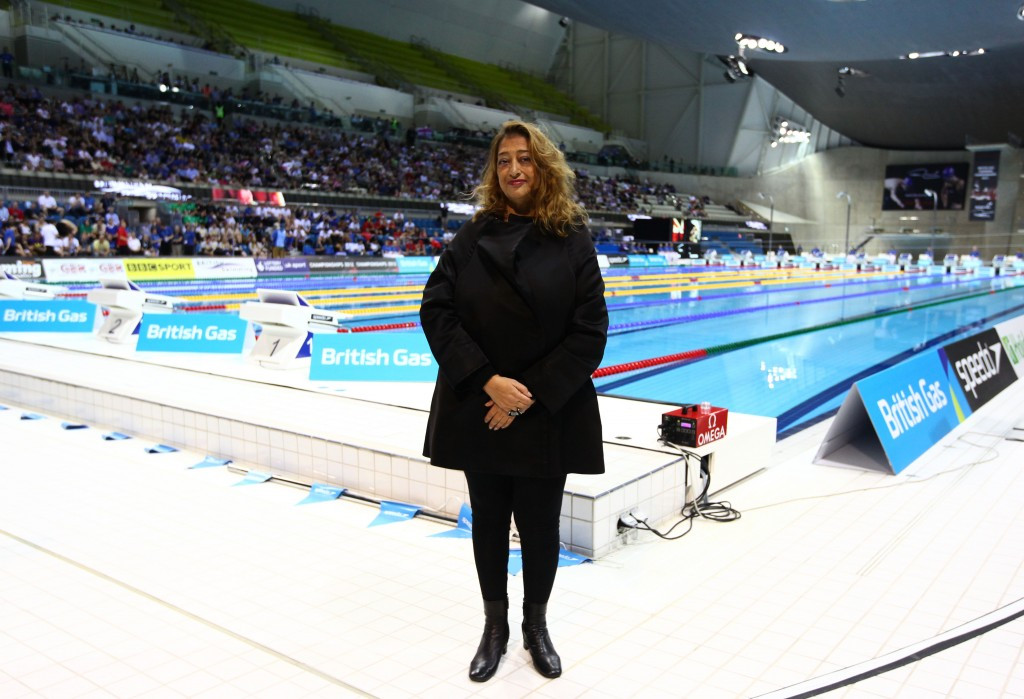 Architect Dame Zaha Hadid, the designer of the Aquatics Centre built for the 2012 Olympic and Paralympic Games in London, has died at the age of 65, it has been announced today.

The  Iraqi-British Dame Zaha died of a heart attack in a Miami hospital, where she was being treated for bronchitis.

The Centre, with its undulating curves inspired by the smooth flow of moving water, was a showpiece venue of London 2012.

Ahead of the Games "wings" were attached to the sides of the building to help accommodate 17,500 spectators.

They were removed when the Aquatics Centre reopened as a municipal swimming pool in March 2014 and the extra space was no longer needed.

The materials used have been recycled into part of a training centre for teenagers.

"I love the London Aquatics Centre because it's near where I live," Dame Zaha said at the time.

The Royal Institute of British Architects (RIBA) claimed it was the "subsequent clipping of the wings that has allowed the building, architecturally speaking, to fly free".

Jacques Rogge, President of the International Olympic Committee during London 2012, described the Centre as a "masterpiece".

Last year, however, the Japanese Government scrapped plans to build the futuristic-looking Stadium Hadid had designed for the 2020 Olympics and Paralympics following a row over how much it would cost.

Dame Zaha then accused Kengo Kuma, chosen to design the replacement of "significant similarities" with her work.

Zaha Hadid Architects revealed, however, they had been asked to give up copyright by the Japan Sports Council in return for an overdue final payment.

Dame Zaha has also designed the Al Wakrah, one of the stadiums being built for the 2022 World Cup in Qatar.

Critics have compared the 40,000-seater stadium, which its architects claim is based on the curving lines of an Arab dhow fishing boat, to female genitalia, which Dame Zaha dismissed as "nonsense".

Her other designs included a BMW facility in Leipzig, Germany; sleek funicular railway stations in Innsbruck, Austria; and the strikingly curved Heydar Aliyev Center in Baku in Azerbaijan.

Last year Dame Zaha had become the first woman to receive the Royal Institute of British Architects Gold Medal in recognition of her work.

She twice won the RIBA Stirling Prize, the UK's most prestigious architecture award.

Among those who paid tribute to Dame Zaha was London Mayor Boris Johnson.

"So sad to hear of death of Zaha Hadid, she was an inspiration and her legacy lives on in wonderful buildings in Stratford and around the world," he said.

Johnson was joined by David Goldstone, chief executive of the London Legacy Development Corporation, now responsible for the Aquatics Centre.

“We are saddened to hear about the death of Zaha Hadid," he said.

"The London Aquatics Centre is one of the most iconic buildings in the world and its success as an Olympic venue has been matched by the success it has achieved since the Games.

"It is now used by thousands of people every week and stands proudly at the gateway to Queen Elizabeth Olympic Park, a fitting legacy to one of the UK’s great architects.”