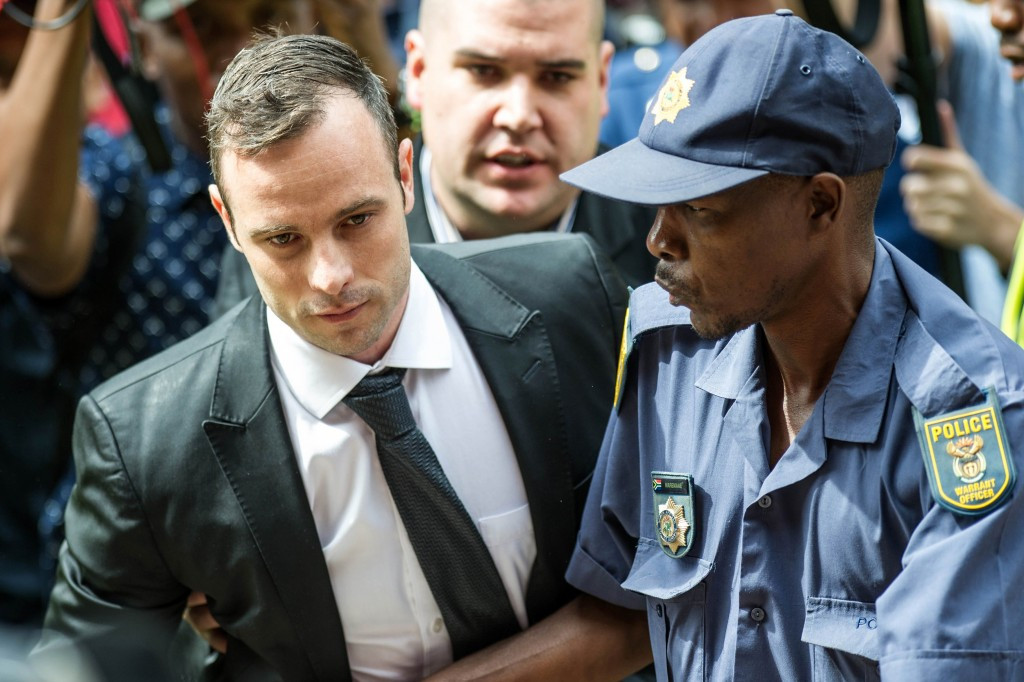 South Africa's six-time Paralympic gold medallist Oscar Pistorius will face sentencing for murder in June, it has been announced.

The 29-year-old sprinter, who competed in both the Olympic and Paralympic Games at London 2012, was denied the right to appeal against his murder conviction for the killing of Reeva Steenkamp by South Africa's highest court.

He faces a minimum of 15 years in jail and is on bail until his sentencing, due to take place between June 13 and 17.

Pistorius' manslaughter conviction for shooting dead Steenkamp was upgraded to murder by an appeals court in December.

The judges said he should have known that death was inevitable after he fired four times into the toilet, leaving Steenkamp with "nowhere to hide".

It ruled that the original trial judge had made a "fundamentally flawed" judgement.

They also accused the appeals court of "making errors of law" and incorrectly applying the legal concept of dolus eventualis - awareness of the likely outcome of one's actions.

Pistorius was released in October 2015 after serving less than a year of his original five-year sentence.

He has maintained he fired out of fear for his life after believing an intruder was in his property on Valentine's Day in 2013.

The prosecution said he shot dead Steenkamp after an argument.

Steenkamp's family have said the appeal proceedings were a "delaying tactic" to keep Pistorius out of jail.