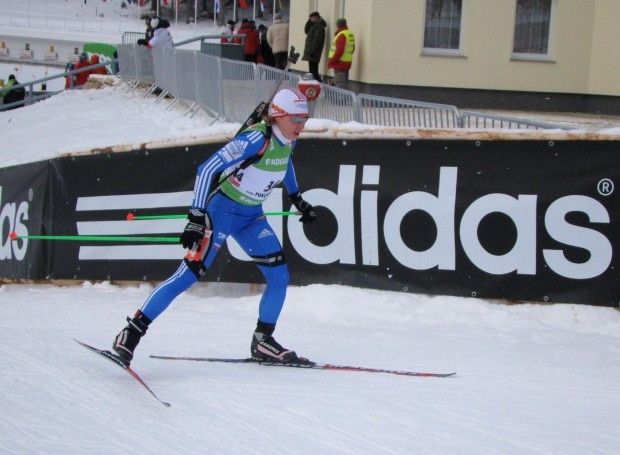 South Korea has given citizenship to two Russian-born biathletes so they can represent the country at the 2018 Winter Olympics in Pyeongchang, the Justice Ministry announced in Seoul today.

The Ministry said it has issued South Korean passports to Anna Frolina and Alexander Starodubets.

Frolina, who is now 32, finished fourth in the women's 7.5-kilometres sprint at the 2010 Winter Olympics in Vancouver and won the gold medal in the relay at the 2009 Biathlon World Championships in Pyeongchang.

"Frolina didn't compete much after giving birth to a child two years ago, but based on our tests, she still has talent," Korea Biathlon Union (KBU) Secretary-General Park Chul-sung told news agency Yonhap.

"She is not that old because biathletes who are between 28 and 34 are considered to be in their prime."

The KBU said 23-year-old Starodubets had been competing for the Russian junior national team until he got injured in 2013.

His best international result was finishing seventh in the individual race at the 2012 Biathlon Junior World Championships.

"He's already been training with our national team since last May and we found him more talented than our athletes," Park said.

"He has a strong desire to compete and even said he forgot how to sing the Russian anthem during his naturalisation examination."

South Korea only has 50 biathletes in the country and was ranked 25th in both the men and women's biathlon rankings for the 2015-2016 season.

The country needs to reach at least number 22 by the end of next season to earn two automatic berths at Pyeongchang 2018.

If it fails to do so, it needs to enter the wild card race where all nations from number 23 downwards will compete for 12 slots.

The KBU hopes Frolina and Starodubets will help South Korea earn spots at the Games but also that they will aid in developing the sport in South Korea.

"Our goal from naturalisation is not about winning a medal," Park said.

"We hope these athletes spark the growth of other biathletes."

"We are looking at both male and female biathletes," Park said.

"The women's senior squad is so small that we even have to select high school athletes."