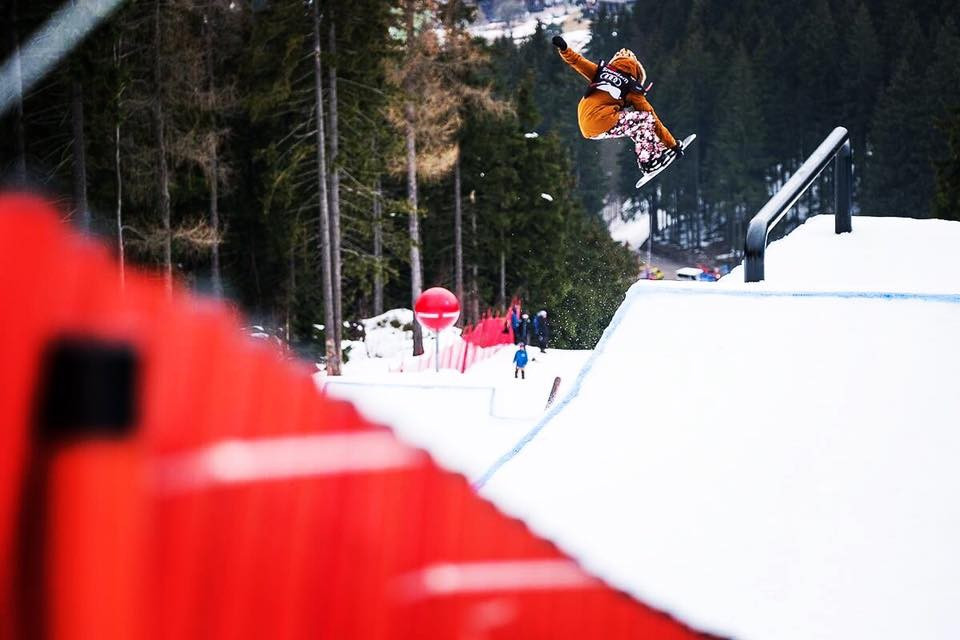 Sillieres led the best-of-three runs final from the outset with an 82.00 before upping the ante with a superb second run which earned her 89.50 points and the first junior world title of her career in her fifth appearance.

The 17-year-old, who finished runner-up at the French Championships last week, thus improved on her silver and bronze medal-winning performances from the 2013 and 2015 Championships in Erzurum in Turkey and Yabuli in China respectively.

Russia’s Sofya Fedorova scored 79.00 to take home the silver medal from her first Junior World Championships and keep up momentum from her Europa Cup win in the Slovenian resort of Rogla last week.

The United States’ Healey had to settle for third on this occasion with 74.25 points, 13.25 less than her winning score in Yabuli last year.

In the men's competition, Healey’s compatriot Chris Corning crowned his outstanding 2015-2016 season by winning the gold medal with a 94.00 in the best-of-two runs final.

It comes after the 16-year-old won the overall FIS Slopestyle World Cup title earlier this month following a second-place finish in the final event of the season in Spindleruv Mlyn in Czech Republic.

Canada's reigning big air champion Carter Jarvis led the pack after the first run with 91.00 points but ultimately finished in second position ahead of the US’s Chandler Hunt with 89.50.

"It means a lot to me to be here," said Corning, 10th in the 2015 event after suffering from illness.

"I’m really stoked because I wanted to come back and get revenge from last year when I got really sick.

"It’s awesome to be able to come out here and ride with some amazing kids and be on the podium with some new people like Chandler Hunt - they all rode really well."

Top qualifier Lyon Farrell of the US came fourth with 89.25 points, while defending champion Erik Bastiaansen of The Netherlands was fifth with 85.50.

The 20th edition of the Championships is due to continue tomorrow with the big air events.