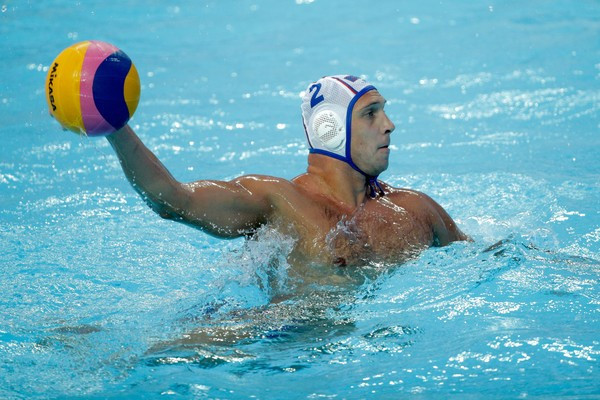 Water polo player Alexey Bugaychuk is the latest Russian to test positive for the banned substance meldonium, it was reported today.

He is the 23rd Russian known to test positive for the drug, 21 of whom have been identified publicly.

Russia's Sports Minister Vitaly Mutko had warned last week that the number of Russians testing positive for meldonium could reach as high as 30.

"He never kept it a secret taking meldonium since it used to be legal. Last time he took it in October, when the medicine was still legal.

"The level of concentration revealed by the test shows that he took the substance last time in October.

"He [Bugaychuk] refused from Sample B test and wrote a relevant letter to the FINA [the International Swimming Federation].

"FINA suspended him immediately from all tournaments until a decision on behalf of an expert commission."

According to TASS, the test which produced the positive sample was taken on January 18 after Russia had been beaten 15-5 in the quarter-final by hosts Serbia.

"After that,Bugaychuk was tested twice for performance enhancing drugs and each time results were negative," the source told TASS.

"Almost all of the team’s players were tested for doping at that time and all results were negative."

Bugaychuk was also a member of Russia's squad that finished bottom of their group at last year's World Aquatics Championships in Kazan.

Numerous other Russians have failed for meldonium, a drug developed to help treat patients suffering from heart conditions, in recent weeks after the heart-attack drug was added to the banned list of the World Anti-Doping Agency (WADA) on January 1.

Evgeny Saleev, a 2014 World Championship silver medallist in wrestling, were among five from the global superpower to be implicated this week, along with fellow wrestler Sergey Semenov and athletics trio Gulshat Fazletdinova, Andrey Minzhulin and Olga Vovk.

Developed in Latvia, meldonium was moved from the monitored to the prohibited list by WADA due to “evidence of its use by athletes with the intention of enhancing performance”.

It has been claimed that the drug was used by Soviet troops fighting in Afghanistan.

Ben Nichols, a WADA spokesman, had claimed that the number of worldwide meldonium cases stood at 123 as of last Thursday (March 24).

Besides the 23 Russians known to have failed for meldonium, seven athletes from other countries, including three from Ukraine, have returned positive tests for the drug.

List of Russians known to have tested positive for meldonium