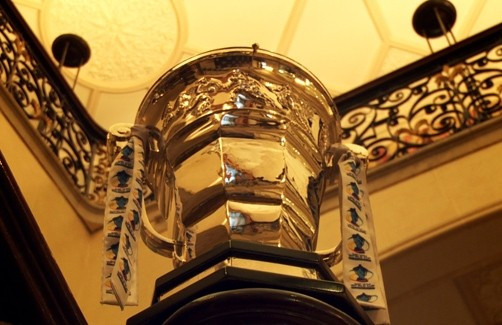 The Rugby League World Cup trophy will be named after Paul Barriere, a former President of the sport’s worldwide governing body, it has been announced.

The change will come into effect for the 2017 tournament, with matches due to be staged in Australia, New Zealand and Papua New Guinea, the Rugby League International Federation (RLIF) has confirmed.

Frenchman Barriere led the governing body from 1947 to 1955 having been made vice-president in September 1944.

He is considered one of the spearheads of the Rugby League World Cup, the first edition of which was held in his native France in 1954, and was a driving force behind the creation of the International Rugby League Board.

Barriere was also a former coach of the French national team and was posthumously awarded the inaugural RLIF Spirit of Rugby League Award following his death in 2008.

The Rugby Union World Cup is named after William Webb Ellis, the alleged inventor of the sport.

“Paul Barriere was a visionary leader in our sport who was a dedicated internationalist,” RLIF chairman Nigel Wood said.

“His legacy in introducing a World Cup to our sport could not be marked in a more appropriate way than by naming the trophy in his honour.

“The RLIF is most grateful to the Barriere family for agreeing to name the trophy in Paul’s honour.

“The Paul Barriere Trophy will be first awarded at the 2017 Rugby League World Cup to be played in Australia, New Zealand and Papua New Guinea."

The 15th edition of the Rugby League World Cup is due to be held from October 26 to December 2 next year, with 14 teams scheduled to take part.

Australia will come into the tournament as defending champions after they thrashed New Zealand 34-2 in the 2013 final at Old Trafford, the home of English Premier League giants Manchester United.

The RLIF revealed last month that the number of nations competing in the World Cup will rise from 14 to 16 from the 2021 edition of the event.

The decision means that the tournament will equal the record number of teams, with 16 nations having competed at the 2000 World Cup, which was staged in the United Kingdom, France and Ireland.