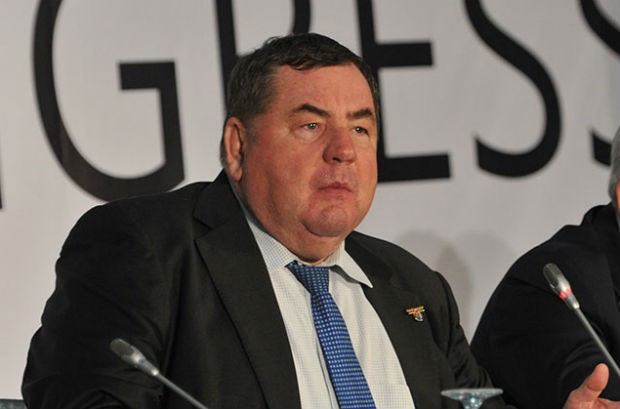 It comes after Russia’s Sports Minister Vitaly Mutko, a leading critic of the investigations launched into systematic doping in athletics and swimming, revealed yesterday that 27 Russian sportspeople have failed drugs tests for the banned drug as part of "127 cases around the world".

Meldonium was only added to the World Anti-Doping Agency (WADA) banned list on January 1 and the organisation’s spokesperson Ben Nichols had claimed on Thursday (March 24) that the number of worldwide meldonium cases since stood at 123.

Developed in Latvia, meldonium was moved from the monitored to the prohibited list by WADA due to "evidence of its use by athletes with the intention of enhancing performance".

"Sambo did not avoid problems with meldonium abuse as I have received the relevant information," Shestakov told the Russian news agency TASS.

"Doping samples of four wrestlers, including two Russians, tested positive for this substance.

"Our federation stands against any athletic violation and the issue of doping is not an exception.

"We will thoroughly investigate each of the reported cases."

The nationality of the two other unnamed sambists to test positive has yet to be revealed.

Russia are very much the dominant force in sambo, which originated in the Soviet Union in the 1920s when soldiers of the then-Soviet Army developed their own hand-to-hand combat technique.

On the opening day of the Sambo World Cup here in Russia’s capital, they won 10 of a possible 12 gold medals.

Meldonium hit the headlines when five-time Grand Slam champion Maria Sharapova of Russia announced she had tested positive for the substance at the Australian Open in January at a press conference earlier this month.

The 23-year-old claims to have taken meldonium for medical reasons and still hopes to compete at this year's Olympic Games in Rio de Janeiro.

Russia remains suspended from athletics after the All-Russia Athletic Federation were banned last November by the International Association of Athletics Federations following the WADA Independent Commission reports, which alleged the presence of a state-supported doping scheme in the nation.

A decision on their potential reinstatement is expected in May and if it is denied, they could miss out on competing at this year's Olympic Games in Rio de Janeiro.

Mutko yesterday denied claims that the country's swimmers are part of a systematic doping programme as "false accusations" following reports in The Times newspaper.