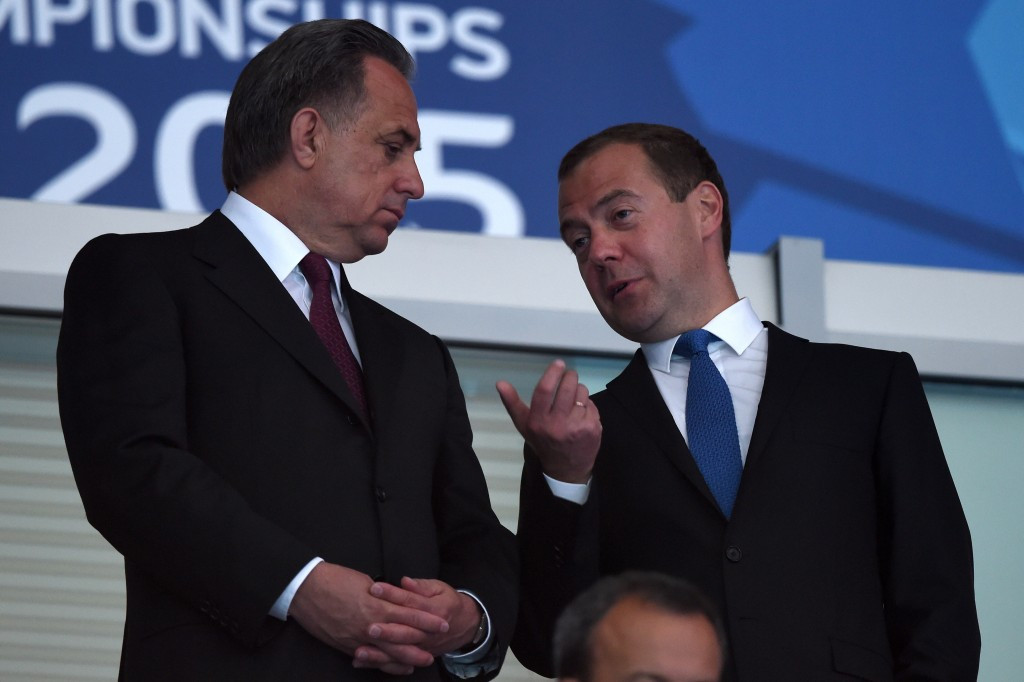 A total of 27 Russian sportspeople have failed drugs tests for meldonium, the country’s Sports Minister Vitaly Mutko has revealed today.

Mutko, a leading critic of the investigations launched into systematic doping in athletics and swimming within the country, told R-Sport that the 27 were part of “127 cases around the world” involving the drug.

It was only added to the World Anti-Doping Agency (WADA) banned list on January 1 and the organisation’s spokesperson Ben Nichols had claimed that the number of worldwide meldonium cases since stood at 123 yesterday.

Developed in Latvia, meldonium was moved from the monitored to the prohibited list by WADA due to “evidence of its use by athletes with the intention of enhancing performance”.

News of cases concerning Russian athletes has been constantly emerging since January 1.

Evgeny Saleev, a 2014 World Championship silver medallist in wrestling, was among five from the global superpower to be implicated, along with fellow wrestler Sergey Semenov and athletics trio Gulshat Fazletdinova, Andrey Minzhulin and Olga Vovk, earlier this week.

The country remains suspended from athletics after the All-Russia Athletic Federation were banned last November by the International Association of Athletics Federations following the WADA Independent Commission reports, which alleged the presence of a state-supported doping scheme in the nation.

A decision on their potential reinstatement is expected in May and if it is denied, they could miss out on competing at this year's Olympic Games in Rio de Janeiro.

Mutko has today denied claims that the country's swimmers are part of a systematic doping programme as "false accusations" following reports in The Times newspaper.