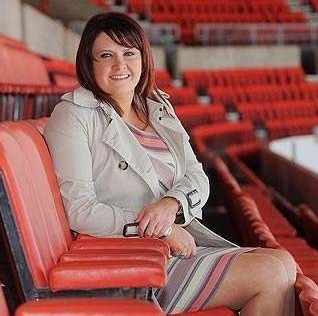 Margaret Byrne has resigned from England Boxing’s Board after also stepping down as the chief executive of Sunderland over the English Premier League football club’s handling of a child abuse case involving one of its now former players.

Byrne, who had served as the body’s non-executive director since 2014, informed England Boxing that she is taking a "career break".

"Margaret has been a great asset to the Board and development of boxing in England and we thank her for her commitment over the past two years," read a statement.

Earlier this month, Byrne resigned from her position at Sunderland after the club was criticised for letting England winger Adam Johnson play following his arrest in March 2015 on suspicion of sexual activity with a 15-year-old.

Johnson, 28, faces four to 10 years in jail having been found guilty of the charge at the beginning of this month.

Byrne said the decision to allow him to continue playing his trade "was a serious mistake".

Sunderland initially suspended Johnson after his arrest but lifted that ban after just 16 days.

He was eventually sacked last month on the eve of his trial, when he admitted grooming the girl and one charge of sexual activity.

In the intervening 10 months, he played for Sunderland on 28 occasions.

"Contrary to what has been suggested, I did not understand that Mr Johnson intended to change his plea at trial, or at all," said Byrne, chief executive of Sunderland since 2011, in a statement.

"I was astounded when he did plead guilty.

"I accept that Mr Johnson should not have been permitted to play again, irrespective of what he was going to plead.

"It was a serious error of judgement and I accept full responsibility for this."

In December of last year, former London 2012 director Philip Beard was appointed as one of three new non-executive directors by England Boxing, along with fellow high fliers from the world of business, Tove Okunniwa and Alkit Patel.

Beard is serving as chair of the Commercial Sub-Committee, while Okunniwa and Alkit Patel are overseeing the Marketing and Communications Sub-Committee and the Finance Sub-Committee respectively.

Byrne was chair of the Legal, Compliance and HR Sub Committee.