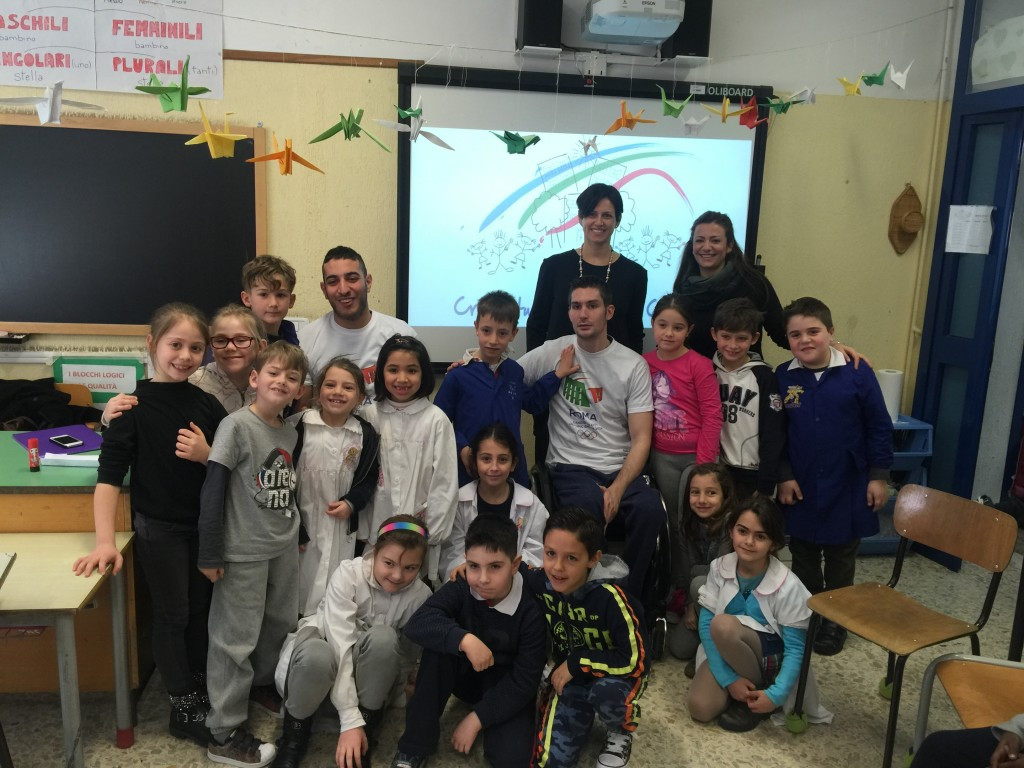 Rome 2024 are asking schools in the Italian capital to "adopt" a Para-sport "superhero".

Organisers in the city, one of four bidding for the Olympics and Paralympics in eight years' time, have taken some of the country's top Para-athletes to speak with students.

The initiative supports workshops that have already been run by the Italian Paralympic Committee for the past five years.

With Olympic bid cities sometimes criticised for not placing enough emphasis on the Paralympics, the move can be seen as an attempt by Rome 2024 to show it is focussing on both multi-sport events.

Salvatore Iudica, goalkeeper for Italy's amputee football team, is one of the athletes - described as "superheroes" by Rome 2024 - involved and spoke to youngsters at the School via Macro in the Casilino district.

"Thanks to his lectures, the fourth and fifth grade children have learned another way to take the field, the will, the determination and the love of life are precious elements for real heroes, not those found in books," said a Rome 2024 statement.

Schools taking part are situated all over Rome, from the city centre to the outskirts.

Maria Ligorio, a visually impaired runner who won a Paralympic silver medal in the T11 200 metres at Sydney 2000, spoke to the children at Piazza Sauli in Garbatella.

"The secret is having dreams and the right determination to achieve them," she said.

The tour of schools in Rome is now set to continue.

The Italian bid is facing competition from Budapest, Los Angeles and Paris in the battle for the 2024 hosting rights.

A decision is due to be made by the International Olympic Committee in Lima in 2017.