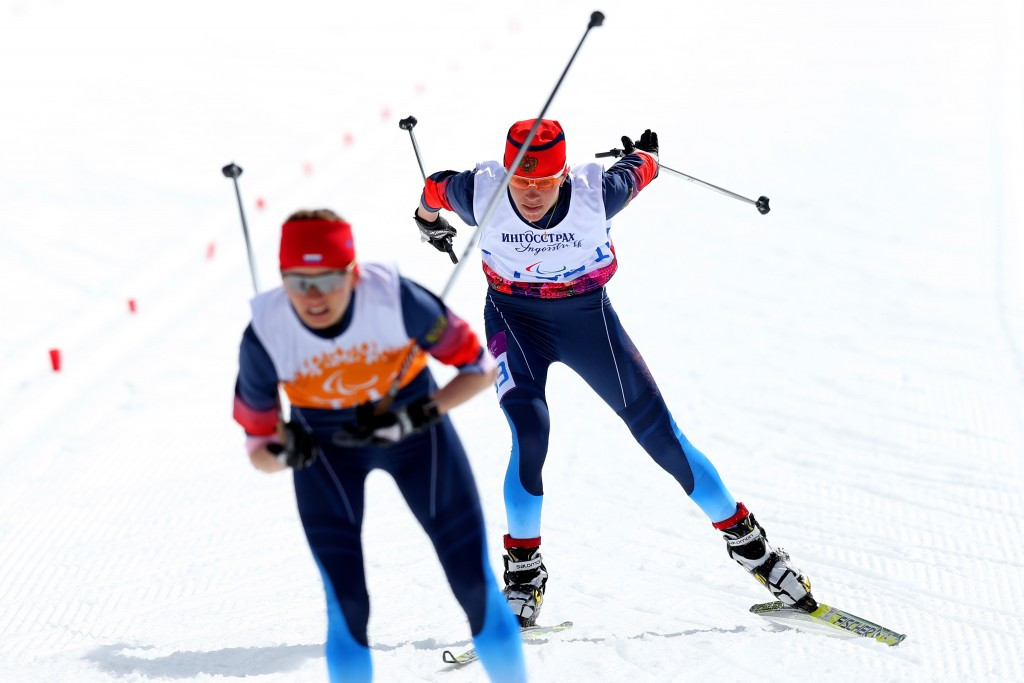 The Russian headed into the 7.5 kilometre event at the Finnish venue top of the overall standings, with only a disastrous performance in the final competition able to deny her victory.

Remizova and her guide Maksim Pirogov claimed the overall title by ending in 20min 29.6sec, but she ended second on the day to her team-mate Mikhalina Lysova, who crossed the line in 20:02 with Alexey Ivanov.

Ukraine’s Olga Prylutska claimed bronze after finishing in 21:12.2, with her guide Borys Babar.

Russia’s Stanislav Chokhlaev had already won the men’s visually impaired title, but Canada’s Brian Mckeever triumphed on the final day by recording a time of 22:31.1.

The final podium places were claimed by France’s Thomas Clarion and Chokhlaev, after they finished in 23:03.1 and 23:24.7 respectively.

Rushan Minnegulov was crowned the men’s standing World Cup winner, but the Russian ended five seconds adrift of Benjamin Daviet in the final race, with the Frenchman winning in 22:38.4.

The overall women’s champion Anna Milenina continued her domination of the standing event by ending in 19:59.2.

Ukraine’s Oleksandra Kononova was some way adrift in 20:44.4, while Russia’s Ekaterina Rumyantseva completed the podium by finishing in 21:21.8.

Having successfully defended her sitting World Cup crown yesterday, Oksana Masters was hopeful of claiming her third victory of the week.

The American was able to complete her hat-trick of wins by ending in 17:16.3, with Masters then being confirmed as the women’s cross-country World Cup winner across all classifications.

Russia’s Nadezdha Fedorova and Irina Guliaeva completed the sitting podium, after finishing in 17:45 and 17:52.9 respectively.

Ivan Golubkov was announced as the men’s cross-country World Cup champion, with the Russian claiming another victory in the men’s sitting competition.

Following the completion of the final events, Russia were announced as the winners of this season’s Nations Cup.