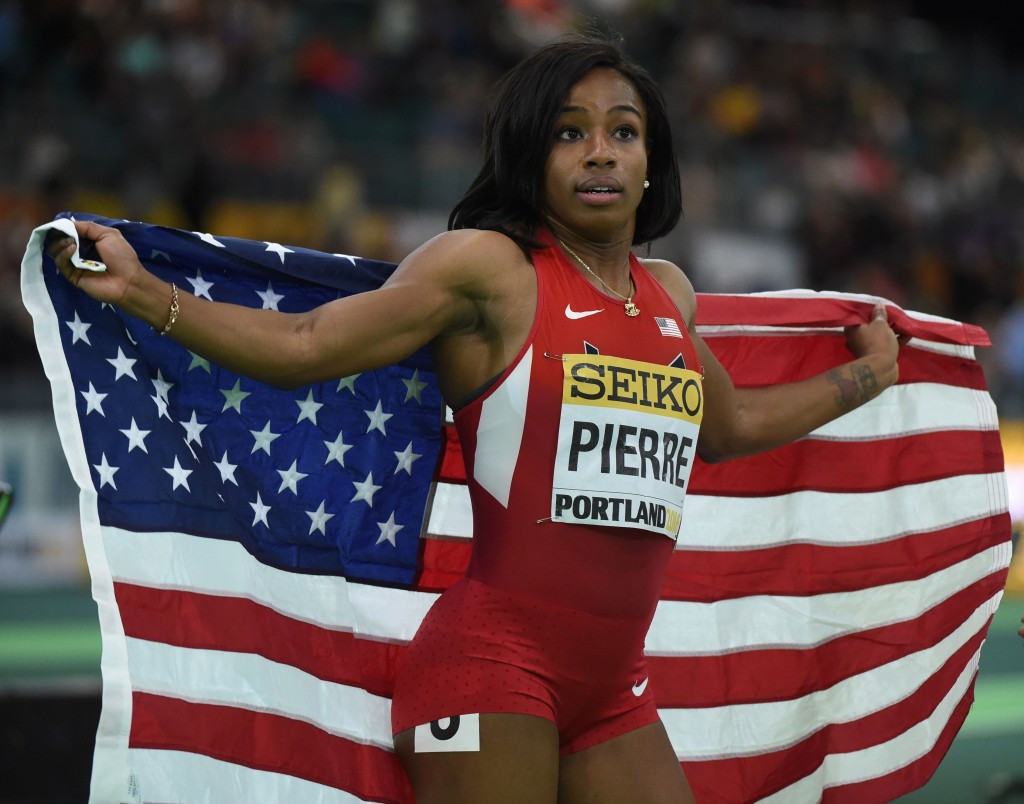 A fast-start powered Barbara Pierre to victory over 60 metres on another day of United States domination at the International Association of Athletics Federations (IAAF) World Indoor Championships in Portland, with the host nation claiming four more victories.

Pierre, who represented Haiti at the Beijing 2008 Olympics before becoming a US citizen, shot out of the blocks before powering clear to win in 7.02 seconds.

"It was amazing," said the 29-year-old winner, a relay champion and individual 100m bronze medallist at last year's Pan American Games in Toronto.

"The crowd just gave me that extra bit.

There was no stopping another of America's biggest stars in Ashton Eaton as he cruised to heptathlon gold to emulate his Canadian wife Brianne Theisen-Eaton's pentathlon triumph yesterday.

They become the first married couple to win gold medals at the same World Championships.

Mathias Brugger scored a personal best 6,126 for a German bronze.

But two shock US victories came in the men's 800m and women's shot put.

Boris Berian was rewarded for high-risk front-running tactics in the two-lap distance, speeding through the first lap in 49.73 before a 56.10 second.

Michelle Carter then shocked New Zealand's Valerie Adams, one of the most dominant winners in the sport, to shot put gold.

In a thrilling competition, Adams and Carter each held the lead before Anita Marton unleashed a Hungarian record of 19.33m to lead in the final round.

With her final effort, however, Carter struck with a world leading 20.21 to seal the title.

The US are now on eight gold medals, with no other country having managed more than one.

Marton took silver while Adams, the two-time Olympic champion yet to return to her best following injury, claimed bronze in 19.25m.

Qatar's defending champion Mutaz Essa Barshim had to settle for fourth in 2.29m.

Other winners consisted of The Netherlands' Sifan Hassan, who won won the 1500m in 4:04.96 for a first Dutch title in the event since Elly van Hulst won in 1985.

She finished ahead of Ethiopians Dawit Seyaum and Gudaf Tsegay. who clocked 4:05.30 and 4:05.71 respectively.

The event, attended by IAAF President Sebastian Coe, is taking place in the absence of Russia, who remain suspended by the world governing body following allegations of systemic and state-sponsored doping.