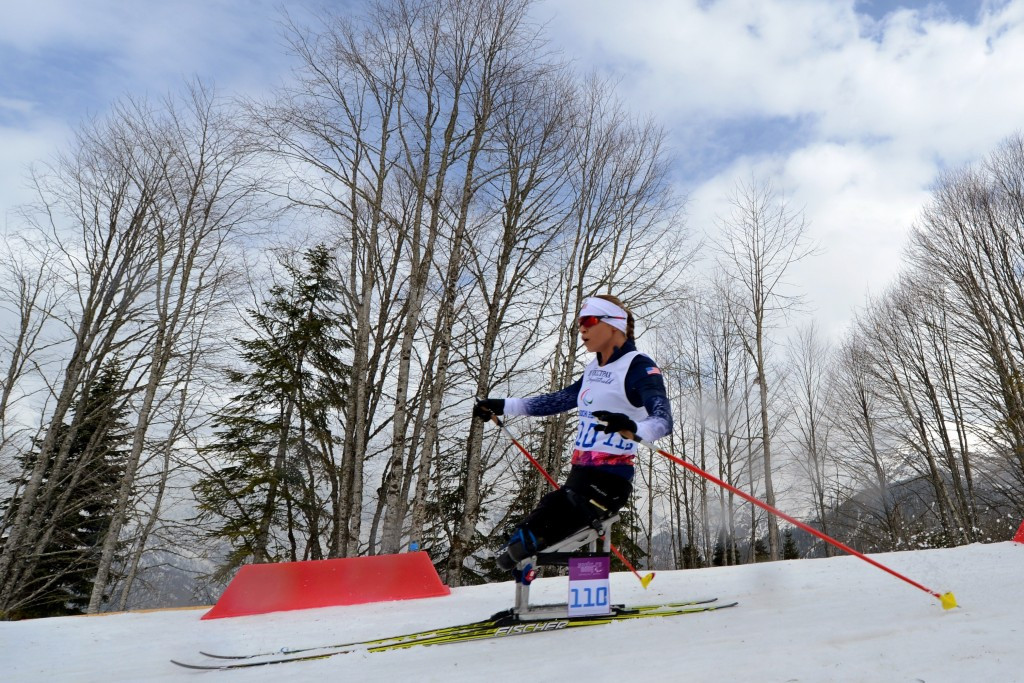 Masters had triumphed in the sprint event on Thursday (March 17) but showed her endurance over the longer event, crossing the line in a winning time of 1 hour 00.57sec.

Russia’s Irina Guliaeva and Nadezhda Fedorova were narrowly off the pace to complete the podium positions in 1:01:11 and 1:02:45.

The victory saw the Ukrainian-born Masters, a Paralympic bronze medallist in rowing at London 2012 before switching to cross-country skiing in time for Sochi 2014, seal her second consecutive overall title.

She will seek to round of the season with a win in tomorrow’s middle distance event.

Maksim Yarovyi took advantage of his rival's uncharacteristic display, as the Ukrainian claiming victory in a time of 52:31.

Canada’s Chris Klebl and South Korea’s Eui-Hyun Sin had a closely fought battle for the silver medal, the former eventually finishing 0.07 seconds ahead at the finish in 53:42.3.

Brian McKeever delivered for Canada in the visually impaired event, claiming the gold medal alongside his guide Graham Nishikawa, after clocking 1:20:43.

Russia’s Alexsander Artemov and France’s Thomas Clarion were well adrift of the winner but clinched podium places in times of 1:24:40 and 1:25:00 respectively.

In the women’s event, Russia’s Elena Remizova posted a time of 1:36:22 with her guide Maksim Pirogov to claim the victory.

Her team-mate and rival for the overall World Cup title Mikhalina Lysova was second on 1:41:03.8.

Ukraine’s Oksana Shyshkova earned the bronze medal with her guide Vitalii Kazakov in 1:45:11.3.

Oleksandra Kononova triumphed in the women’s standing in 1:39:09.6.

Russia dominated the men’s event as Vladislav Lekomtsev and Rushan Minnegulov delivered a one-two, crossing the line in 1:17:52.8 and 1:18:56.6 respectively.