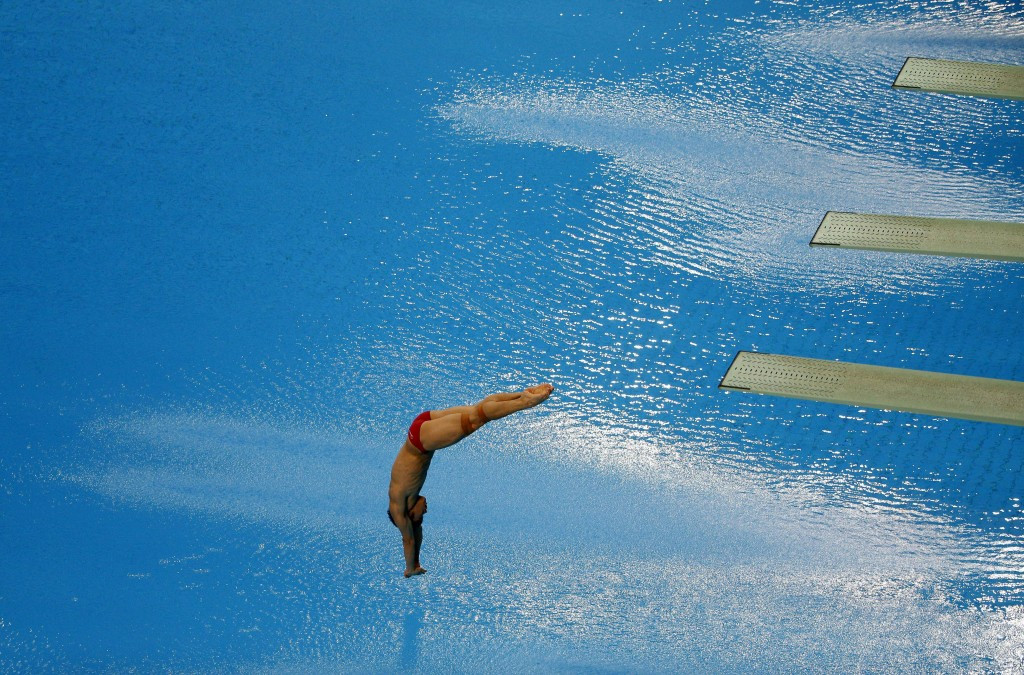 China made it seven out of seven so far at the International Swimming Federation (FINA) Diving World Series event at the Hamdan Sports Complex in Dubai today, claiming three more gold medals on the second day of competition.

“Taking first place leaves me very satisfied with my performance today,” he said.

There was a closer battle for the minor medals, won by Cao's countryman, He Chao.

He had an erratic final but his impressive forward 4½ somersaults in the tuck position in his sixth dive provided a massive 104.50 points, including the first perfect 10 of the meeting.

From fourth ranked before the last round, he duly grabbed the silver medal, overcoming Mexico's Rommel Pacheco.

He won the bronze medal competing under the FINA flag due to his country being suspended by the world governing body.

Pacheco, however, will be able to compete under the Mexican flag at Rio 2016 following an agreement reached earlier this week with FINA and the International Olympic Committee.

Another Chinese 1-2 came in the women's 10m platform final.

Si Yajie, gold medallist in the last World Series event in Beijing, lead until the fourth round only for an outstanding fifth and final dive by Liu Huixia pipped her.

The bronze medal went to Australia’s Melissa Wu with 382.60 points.

Tai Xiaohu and Chang Yani secured a third Chinese win of the day in the mixed 10m synchronised platform final.

They scored 349.74 points, in a final highlighted by a superb fourth dive: an inward 3½ somersaults in the tuck position.

Meaghan Benfeito and Vincent Riendeau of Canada won the silver medal with 307.38 points and Yulia Timoshinina and Nikita Shleikher of Russian took the bronze with 305.22.