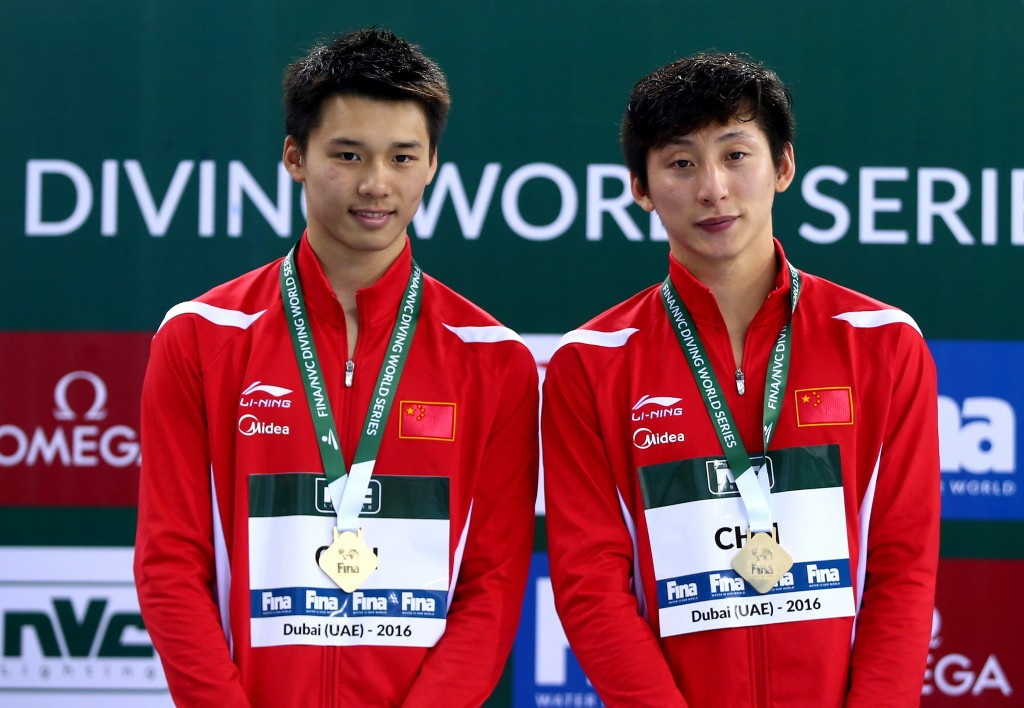 China continued where they left off at the International Swimming Federation (FINA) Diving World Series as they claimed all four titles on the opening day of competition at the Hamdan Sports Complex in Dubai.

In front of their home crowd last week in Beijing, the Chinese team had secured all 10 gold medals on offer and their rivals were unable to muster a response in the synchronised platform and springboard events.

Canada’s Meaghan Benfeito and Roselin Filion came closest to producing an upset, finishing they just two points off the lead in the women's 10 metre synchronised platform event after four rounds.

A score of 77.76 points for their final dive of the competition saw the pairing end on a total of 326.58, with China’s Liu Huixia and Si Yajie taking top honours after finishing on 333.24.

Britain’s Tom Daley and Daniel Goodfellow ended some way behind the Chinese stars on 428.91 points to claim the silver medal.

A score of 419.88 points was enough for America’s David Boudia and Steele Johnson to complete the podium positions.

He Zi and Wang Han had looked on course for a similarly dominant victory in the women’s 3m synchronised springboard event but a poor final dive of 66.60 saw the duo take gold by a less wide margin than at first appeared likely.

Their final total of 328.80 points still proved out of reach for Tania Cagnotto and Francesca Dallape, the Italians settling for silver on 316.95.

Ukraine’s Viktoriya Kesar and Anastasiia Nedobiga secured bronze having ended on a tally of 309.00 points.

The fourth and final title of the day was claimed by Cao Yuan and Qin Kai in the men’s 3m synchronised springboard after they ended on a total of 464.52 points.

A tally of 435.39 was enough for Ukraine’s Oleksandr Gorshkovozov and Illya Kvasha to win the silver medal.

Britain’s Jack Laugher and Christopher Mears scored 424.92 points to complete the podium with the bronze medal.

Competition is due to continue tomorrow with the men's 3m springboard, women's 10m platform and the mixed platform events.