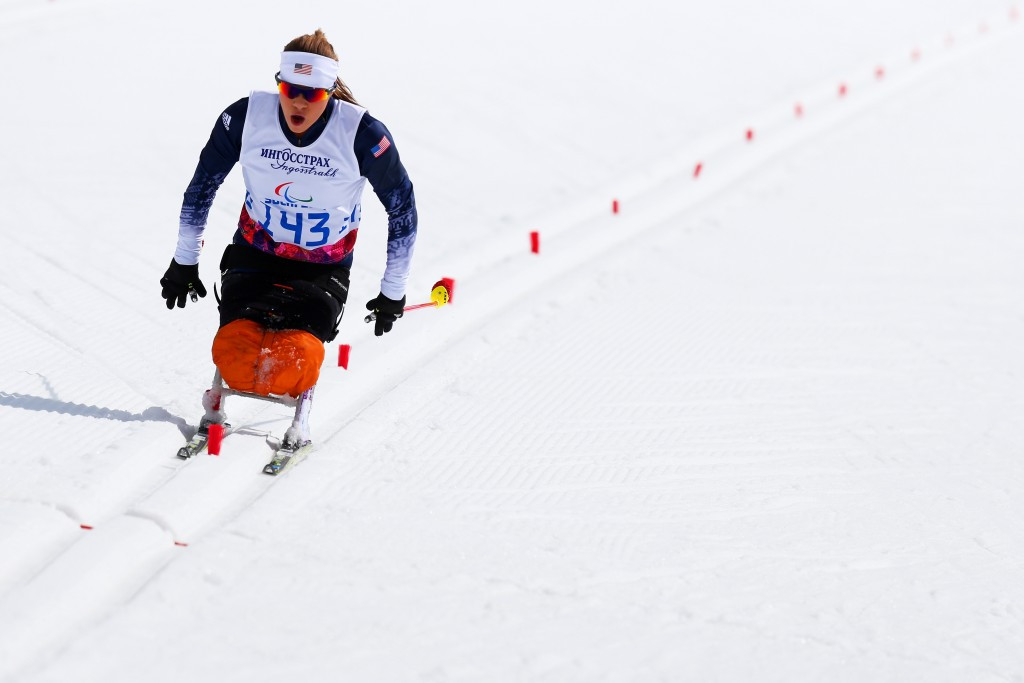 The World Championships bronze medallist set a time of 2 min 12.68 sec for the 1 kilometre course to win ahead of Russia's Maria Iovleva,  who crossed the line in 2:20.58.

“It’s the last sprint of the season and I didn’t want to leave anything behind," said Masters.

"I wanted to keep it smooth and technical in the right areas, which there weren’t that many of.

"I wanted to capitalise on that and I still messed up so I’ve got room to grow."

Ukraine’s world champion Maksym Yarovyi was the victor in the men’s sitting class ahead of the Russian pairing Ivan Golubkov and Aleksandr Davidovich.

Russia’s Paralympic gold medallist Mikhalina Lysova moved to within 20 points of rankings leader and team-mate Elena Remizova in the women’s visually impaired class with victory in 3:31.34.

Lysova led the way with guide Alexey Ivanov, followed by Remizova and guide Maksim Pirogov in 3:33.00.

Ukraine’s Oksana Shyshkova was third in 3:40.13, guided by Vitalii Kazakov.

Russia’s Vladimir Udaltcov moved into second place in the men’s visually impaired standings after winning his race with guide Ruslan Bogachev in 2:52.66.

Worlds gold medallist Oleksandra Kononova and Liudmyla Liashenko sealed a one-two for Ukraine in the women’s standing class, with the winner crossing the line in 3:28.44.

Russia’s Anna Milenina did enough with third to cement the overall World Cup crown with two races to spare.

Cross country marathon races will take place on Saturday (March 19) ahead of the season finale the following day.