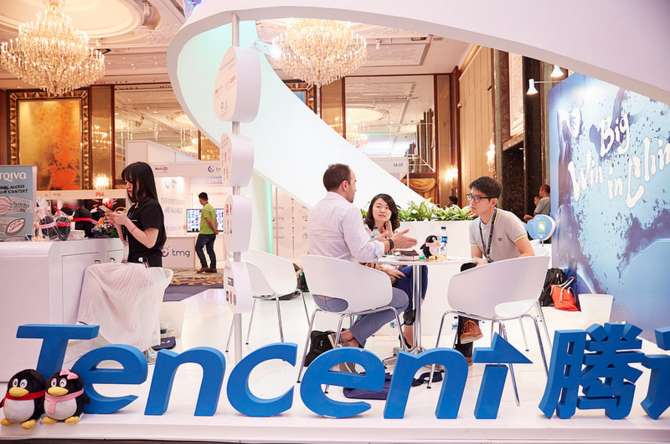 Chinese investment holding company Tencent has used SPORTELAsia here as an opportunity to showcase the results of its National Basketball Association (NBA) partnership.

Tencent Sports has been the exclusive official digital partner of the NBA in China since July 2015, as well as ESPN’s exclusive internet partner in China.

As well as earning the industry and users' reputation, it has also enhanced the influence and commercial value of the NBA in mainland China.

"During the 2015-16 season, over five billion viewers watched NBA matches.

"The popularity has reached such levels that we have seen over 80 million core NBA users in China watch NBA matches since the start of the 2015-16 season.

"These were the highest viewership figures during the NBA’s 30 years in China.

"In total, Tencent has viewing figures of over 212 million people from October 2015 until January 2016.

"Through our partnership with the NBA, we have already enriched its content offering and built complete content products, such as live broadcasting, star-interviews and community interaction, with the aim to provide more touch points to consumers, and increase its popularity in China."

The company has invested in both offerings, spending almost 100 million RMB (£10.8 million/$15.4 million/€13.6 million) to create a studio and import new technology and equipment.

Tencent’s operation for NBA has achieved strong recognition within the industry with NBA Commissioner Adam Silver describing Tencent’s relay quality as the "highest" he has seen anywhere in the world.

Tencent Sports is also aiming to improve its sports community’s construction and operation in order to develop online conversations between fans, and between fans and basketball's stars.

"The fragmentation and socialisation of the sports industry is the inevitable trend for the future," added Echo Yang.

"Diverse channels have created more dimensions to connect with consumers which has led to an increase in community interaction.

"In addition, celebrity and cross-over topics between sports and entertainment have expanded the degree of user attention.

"Only through multi-dimensional operation, the value of particular IP can be effectively amplified eventually."