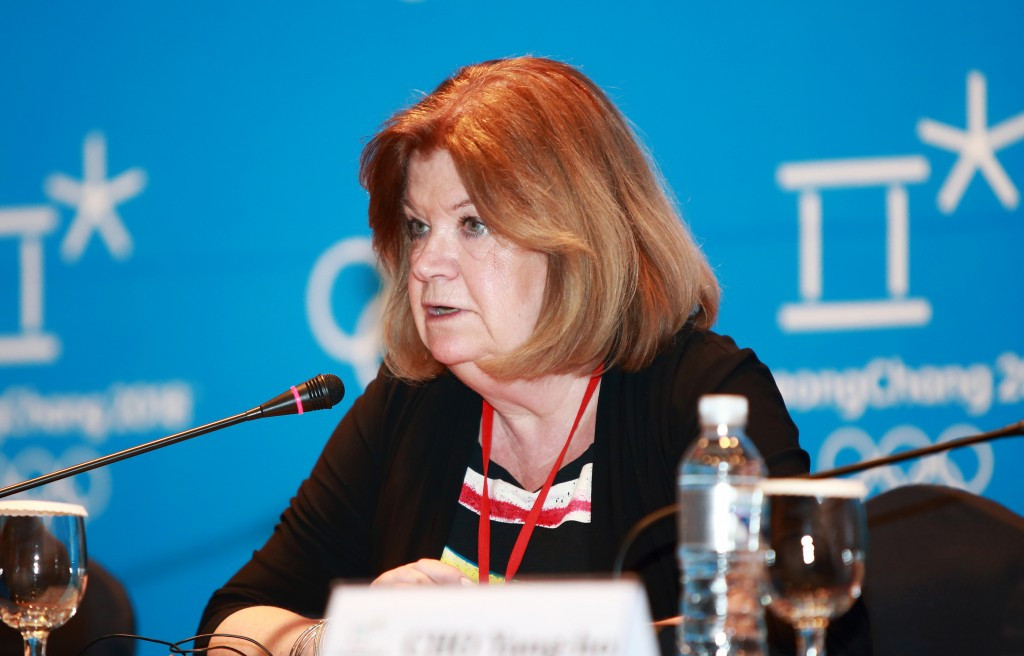 Safety and security at Pyeongchang 2018 construction sites will be looked into by the International Olympic Committee (IOC) after two workers died last year while helping to build venues for the Winter Olympic and Paralympic Games, Coordination Commission chair Gunilla Lindberg has claimed here today.

Lindberg, also a member of the IOC’s Executive board, insisted they were “following up what has happened to really be sure that security is at the top level” for the workers on the sites of various venues being built for the Games in two years' time.

It follows reports of two deaths in 2015, which the Building and Wood Workers' Union International (BWI), on behalf of the Korean Federation of Construction Industry Trade Unions (KFCITU), had suggested was because of “dangerous” and “unsafe” conditions for constructors.

One truck driver suffered a heart attack while helping to build the new high-speed rail link, which will cut journey times from capital city Seoul to Pyeongchang from around four hours to two hours.

Another lost his life at an unspecified site when he fell to the ground while changing a container in a de-icing spraying machine.

The KFCITU had flagged serious safety concerns at some of the venues and claimed workers were suffering due to the intense pressure they were being put under to deliver the facilities on time, particularly for a hectic schedule of 28 test events, which began last month.

“The IOC is taking very seriously the security and the working conditions of workers,” Lindberg said when questioned on the reports by insidethegames.

“Every accident is of course very tragic for the workers and for the families.

“We are following up what has happened to really be sure that security is at top level for the people.”

It has also been reported that around $3 million (£2.1 million/€2.7 million) remains outstanding in wages to workers at the Jeongseon Alpine Centre, which staged the opening Pyeongchang 2018 test event, an International Ski Federation Alpine Skiing World Cup.

Pyeongchang 2018 secretary general Hyungkoo Yeo, the former Government official who was appointed in November, admitted there had been some problems between the Gangwon Province, which owns the venue, and the construction company but said some of the overdue money had been paid.

He claimed the issue “has not been impacting the construction schedule” at the venue.

“One of the construction companies working at the Jeongseon Alpine venue last December had a hard time paying wages for their workers,” a spokesperson for the Gangwon Province told insidethegames.

“The company has paid some of the delayed wages and is trying to smoothly solve the problem.

“The construction site of the Jeongseon Alpine Centre has adverse conditions with steep slopes and environmental issues.

“All the workers had to work day and night to finish the construction in time for the 2016 Audi Alpine Ski World Cup.

“Most construction workers are composed of local residents, and with their hard work and devotions we will try to cooperate together to complete the venue.”