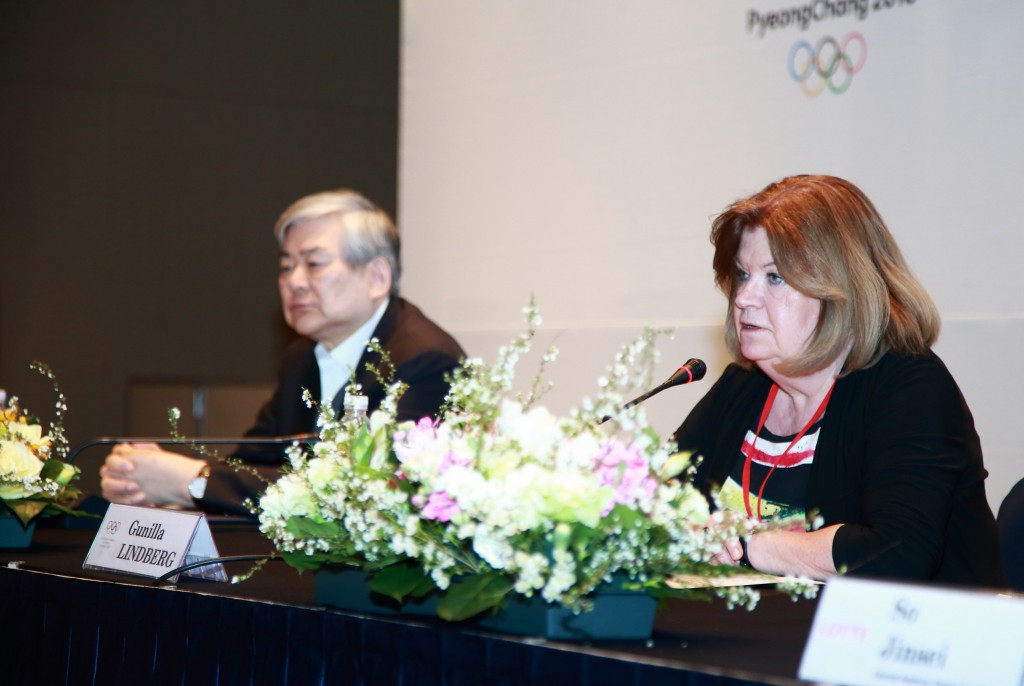 Concerns had been raised about the lack of suitable accommodation in the two areas for the Games, the first winter edition to ever be held in South Korea.

Gangneung and Pyeongchang, located in Gangwon Province, are considered relatively small areas and there were fears they would be unable to house the volume of people expected to descend on the region for the event.

Lindberg had claimed back in November that the IOC were aware of the problem but were not expecting any more hotels to be built.

The Swede said at the European Olympic Committees General Assembly in Prague that the "situation is not as expected" and the IOC were lobbying hard for more accommodation facilities to be constructed.

The Coordination Commission chair revealed, however, that they were told five additional hotels would be built for the Games on the first day of their sixth visit, which concluded here today.

"The hotels will be in the city and up in the mountains," said Lindberg when questioned by insidethegames about the current state of accommodation for the Games.

"We will look at the allocation plans.

The accommodation plan presented by Pyeongchang 2018 during the bid had been praised as "very compact" in the IOC's Evaluation Commission report published a few weeks before they were awarded the Winter Olympics and Paralympics in 2011.

Organisers had promised a total of 76,000 rooms would be available within a 50 kilometres radius of Pyeongchang, including the InterContinental at the Alpensia resort, which is expected to be the Olympic family hotel, including for IOC members and other leading officials.

The IOC are due to be given further details concerning the exact amount of rooms and the locations of the new hotels by Pyeongchang 2018 in May, Lindberg added.

It is still expected that many people will have to stay in Seoul, where the closest international airport is located.

Pyeongchang is approximately 126km to the east of the South Korean capital.

A new high-speed rail link is currently being constructed ahead of the Winter Olympics and Paralympics which will reduce the current travelling time between Seoul and Pyeongchang from around four hours to little over 60 minutes.

Concerns about the distance were allayed slightly with the unveiling of a new bullet train by Hyundai Rotem that will be used to link the capital with the host city during the Games.