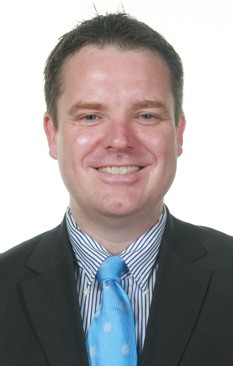 Steve Dainton, the marketing director of the International Table Tennis Federation (ITTF), has told insidethegames here at SPORTELAsia that it’s important for the world governing body to continue to build on the success of the 2016 World Team Championships as it looks to move up the Summer Olympic sports category rankings.

It was announced last week that the World Team Championships, held in Kuala Lumpur between February 28 and March 6, was the most watched table tennis event on Chinese television in the past five years.

A total of 190 million people in the country tuned in to watch the event according to figures released by CSM Media Research-KantarSport Asia.

China, the dominant power in world table tennis, successfully defended the men's and women's titles in Malaysia's capital and have now won both prizes for three consecutive editions of the Championships.

Table tennis is currently ranked as a category C sport having moved up from category D between Beijing 2008 and London 2012.

The category determines the share the sport's International Federation receives of Olympic revenue.

"We’ve gone up and it’s important that we continue that momentum to try and climb up the ladder of sports in the Olympic Games so of course, these kind of results at the World Championships help a lot," said Dainton.

"Increasing the popularity globally will also help that drive of moving up the Olympic ladder."

During the World Team Championships, a change to the format and structure of major ITTF events was agreed at a Board of Directors meeting.

Competitions such as the World Championships, World Team Championships and World Cup could potentially be affected by the move.

A "planning and promotion" working group has been formed which will present to the ITTF Executive Committee by the end of the year on the direction the organisation should take.

"But I think that China, with the change in the market space in the country at the moment, is also quite keen to help us look at how they can help us help develop other countries to become stronger in the sport."

Table tennis has featured at every Olympics since making its debut at the Seoul 1988 Games.

Dainton confirmed that a "new style of table tennis" aimed at attracting more youth to the sport will be launched in the days leading up to the Rio 2016 Opening Ceremony.

"It’s still in a development phase but in Rio we will make an announcement and we believe that all sports these days realise that they have to look deep into their sport to see how it’s working and whether it’s still attracting youth to the sport," he added.

"We have to look very deep into those areas and figure it out because the world is changing and young people like different things, and they move faster, and they communicate faster than ever before and you need to make sure you’re adapting to those needs."