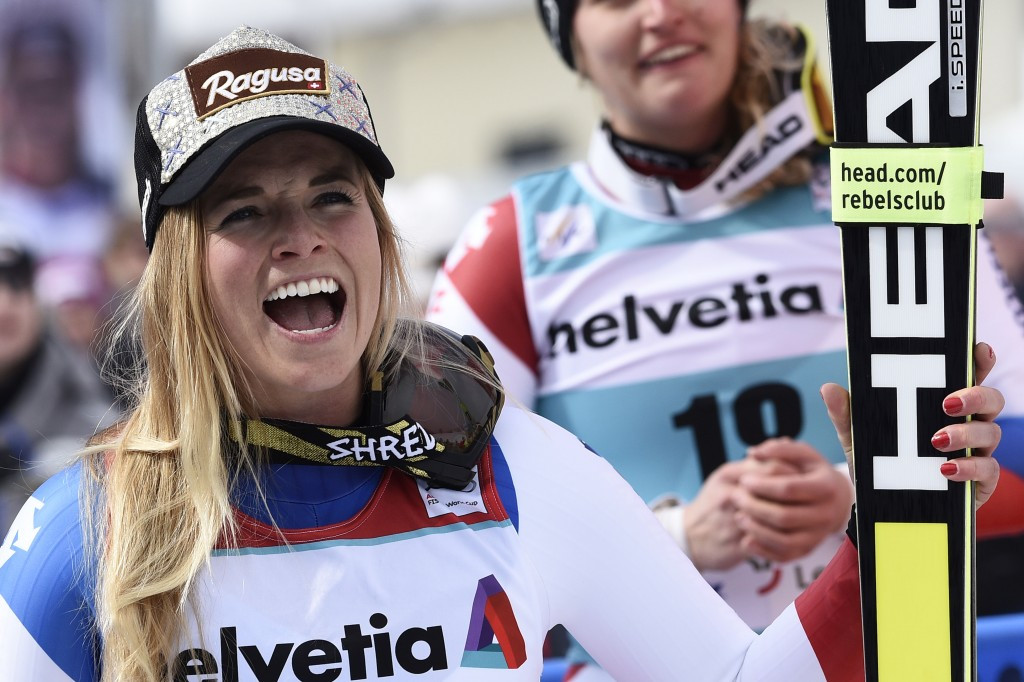 The 24-year-old knew that she would seal the major prize by collecting just five points in today's Alpine Combined - a mere formality as she would have managed that with a 25th place finish or better.

In the end she was awarded 60 for coming third, meaning the Sochi 2014 Olympic downhill bronze medallist has sealed her first World Cup title with four races to spare.

Gut's win is Switzerland's first since Carlo Janka in 2010 and she is the first female from the country to triumph since Vreni Schneider in 1995.

She now has 1362 points on top of the table ahead of American Lindsey Vonn, who has 1235 but won't be competing again this season due to injury.

German Viktoria Rebensburg is third on 1007 and has opted only to ski in three of the four remaining races.

The Swiss recorded a combined time of 1 min 59.78 sec today for bronze, with home success continuing as Wendy Holdener raced to gold in 1:59.31.

That success gave Holdener the overall Alpine Combined World Cup title, with 198 points ahead of Gut's 160.

In between the two Swiss skiers today was Michaela Kirchgasser of Austria who was timed at 1:59.77.

Gut was ninth after the slalom but was quickest in the super-G, while slalom winner Laurenne Ross of the United States slipped to seventh overall after the second run.

In the men's World Cup there was more home joy as Norway's Kjetil Jansrud won the super-G in Kvitfjell.

Italy's Dominik Paris backed up his downhill win yesterday with bronze in 1:33.03.

The overall super-G title will go down to the final race of the season in St Moritz on March 17, with five skiers still in contention.

Austria's World Cup leader Marcel Hirscher was not in action today but will be crowned as champion for the fifth consecutive year at the Swiss resort, as only rival Henrik Kristoffersen of Norway will not contest all of the remaining four races.