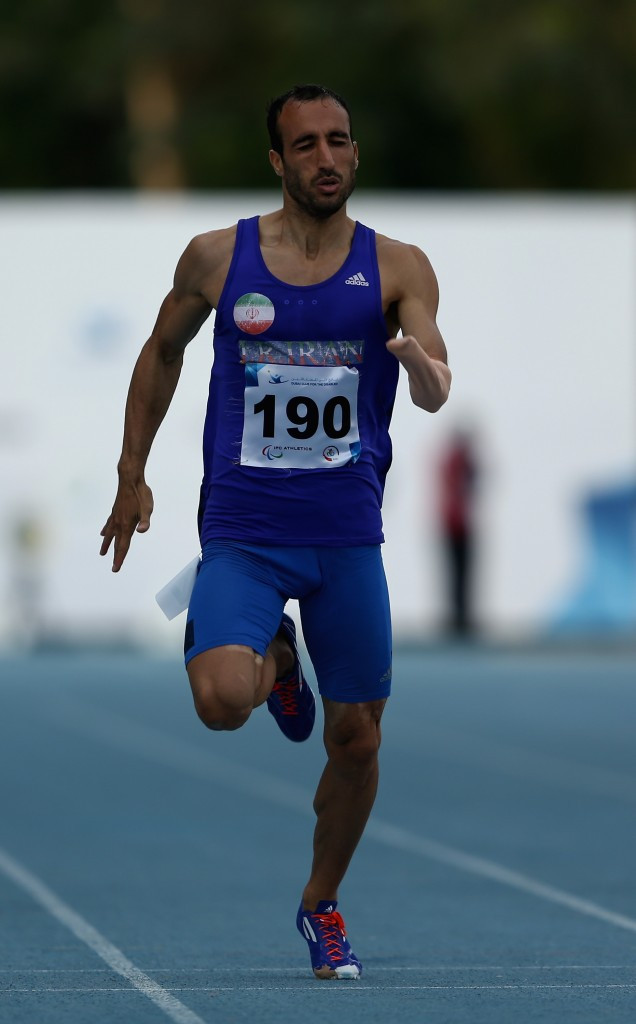 Khosravi had already claimed an impressive victory in the men’s T11 100 metres earlier in the week, but was vying to end the inaugural edition of the Championships with two titles to his name by claiming the 200m title.

The 22-year-old was able to double his tally by finishing in a time of 24.64sec with his guide Javad Marghashi, while Abdul Halim Dalimunte claimed silver by completing the distance in 25.53.

Ojaghlou was able to better Khosravi’s gold medal tally, as the 28-year-old was able to secure his third title of the Championships, by triumphing in the men’s T47 400m.

Having already won the 100m and 200m, he continued his stunning form by clocking 50.09 to fend off the challenge of India’s Sandeep Singh Singh, who took silver in 50.67.

“I am so happy I won three gold medals, I have the best times ever,” Ojaghlou said.

“I have such a happy feeling that my year of exercises has paid off.

“I did my best to have the best records here.

“I did that for my country, it was my duty.”

The triumphs helped Iran end top of the overall medals table with 23 gold, 10 silver and 7 bronze, with China ending in second position with 16 titles.

F12 men’s javelin world record holder Pengkai Zhu had added to the Chinese tally on the final day of competition, as the reigning Paralympic champion threw 57.69.

Zhu’s team-mates Juntingxian Jia and Daqing Zhu continued China’s success on the track, with the former claiming the women’s T11 200m by finishing in a time of 26.18.

Zhu was then able to claim T12 200m gold, with her time of 26.19 proving enough to beat Joyleen Jeffrey, with the Papua New Guinea athlete posting 32.36 to win silver.