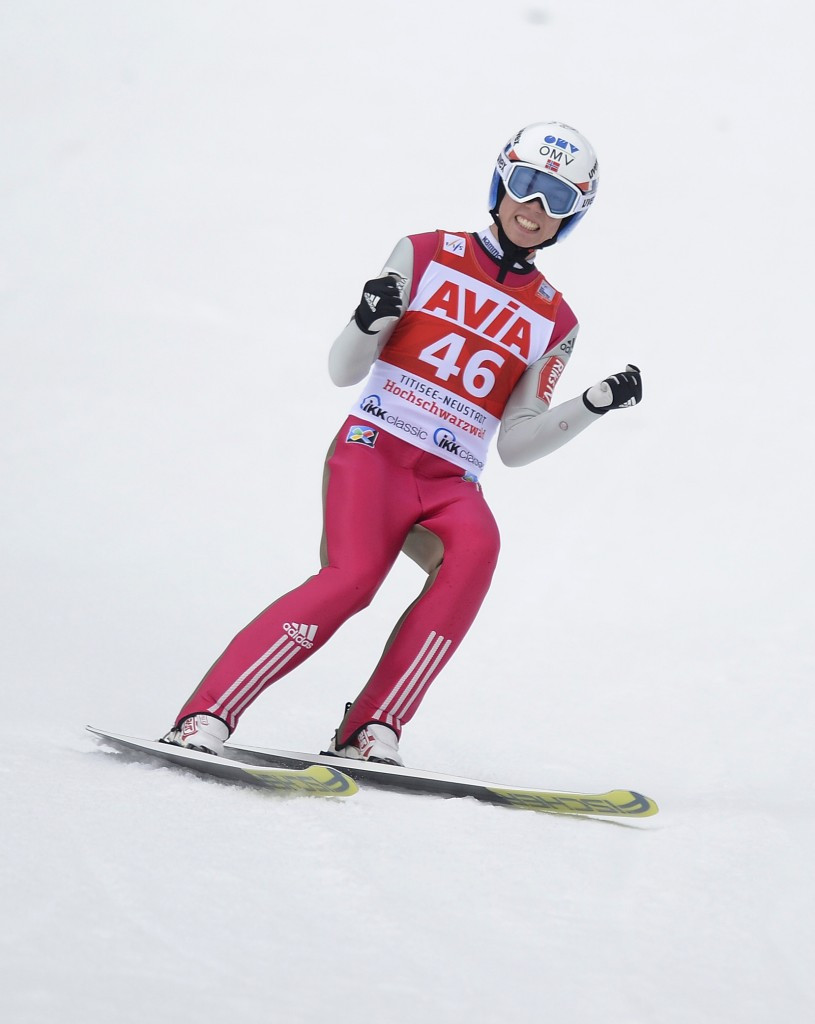 Twenty-year-old Norwegian Johann Andre Forfang topped the podium at the International Ski Federation (FIS) Ski Jumping World Cup for the first time in his career after victory in Titisee-Neustadt in Germany today.

The team gold medallist from the Ski Flying World Championships in Bad Mitterndorf in Austria this year jumped 144 metres and 143m for a winning total of 265.9 points.

These were by far the two longest jumps of the competition and were enough to beat Slovenian Peter Prevc, who has already been crowned as the overall individual World Cup champion, into second.

Prevc scored 261.2 points with his jumps of 139 m and 138.5m amid changing wind conditions in the Black Forest.

Third place went to another Norwegian as Kenneth Gangnes improved on his opening effort of 126m to jump 140m the second time around.

That earned him a tally of 235.4 which was enough for bronze.

"For me it was a great competition, others had some bad luck with the conditions," said Forfang.

Domen Prevc, the 16-year-old brother of Peter, was fourth despite a hill record of 148m in qualification.

A second competition in Titisee-Neustadt will take place tomorrow, before the season concludes with a Ski Flying World Cup in Planica in Slovenia next weekend.

"It's awesome to be a part of this Norwegian team."

In the overall standings, Peter Prevc has a dominant 2023 points on top.

Germany's Severin Freund, who has 1364 points, will hope to hang on to second spot with Gangnes, who has 1213 in third, holding hopes of overhauling him with a maximum of 300 points left on the table.