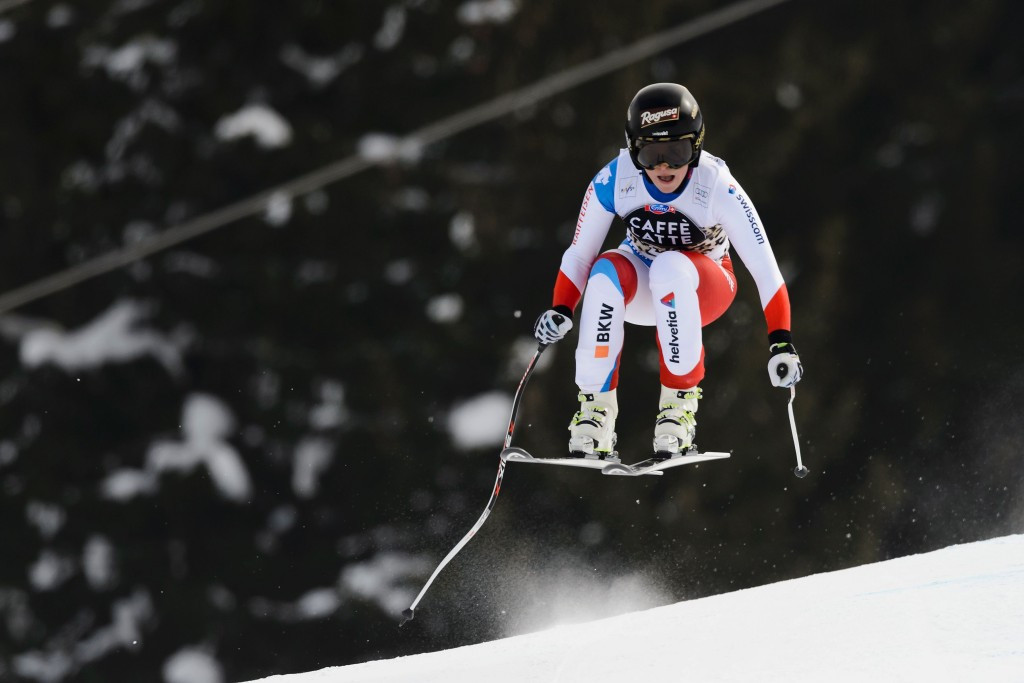 Lara Gut is on the brink of being crowned as the women's overall International Ski Federation (FIS) Alpine Skiing World Cup winner as she collected another 45 points in the super-G on home snow in Lenzerheide today.

The 24-year-old Swiss put more daylight between herself and only challenger Viktoria Rebensburg, the German Olympic giant slalom champion from Vancouver 2010 who could still mathematically overhaul her.

Gut was fifth today and tops the overall standings with 1302 points, 295 ahead of Rebensburg who will only take part in three remaining races this season - the downhill, super-G and giant slalom at the World Cup final in St Moritz.

That means the Swiss will secure the overall title if she is 300 points clear at the top of the standings after tomorrow's Alpine Combined in Lenzerheide, which Rebensburg, who was 18th today, has opted not to compete in.

Five points are available for finishing in 25th place tomorrow so that looks like it will be a mere formality.

Rebensburg is third overall but second placed American Lindsey Vonn will not compete again this season after fracturing her leg.

That pushed home hopeful Fabienne Suter into second as the Swiss clocked 1:14.62 while another Austrian, Tamara Tippler, managed 1:14.87 for bronze as she skied to her first super-G podium of the season.

"I wasn't really able to do what I wanted,” said Gut.

“In the middle part, my line wasn't ideal.

"Fabienne is on the podium, that's great, and tomorrow I'll have another chance.”

Gut did miss the chance to overhaul Vonn in the super-G standings, with the American on 420 points ahead of her rival's 401.

There is one more race left in the discipline, in St Moritz on March 17, when the overall champion elect will have the chance to leap-frog the US skier.

Elsewhere, Italy's Dominik Paris made it back-to-back downhill victories as he won at the men's World Cup in Kvitfjell in Norway.

It means that the race for the overall downhill crown is exceptionally tight, with Norwegian Aksel Lund Svindal and Italy's Peter Fill tied for the lead on 436 points with one race left in St Moritz on March 16.

Paris could also win the crown as he lies on 432.

There was no change in the race for the overall World Cup title as champion-elect Marcel Hirscher of Austria was not in action today.

The 27-year-old, who has won the last four editions of the event, has a 353 point lead over Norway's slalom specialist Henrik Kristoffersen, with 500 points left available.

However, Hirscher will be crowned as champion as Kristoffersen will not compete in all of the remaining races.

Super-G will be held in Kvitfjell tomorrow.