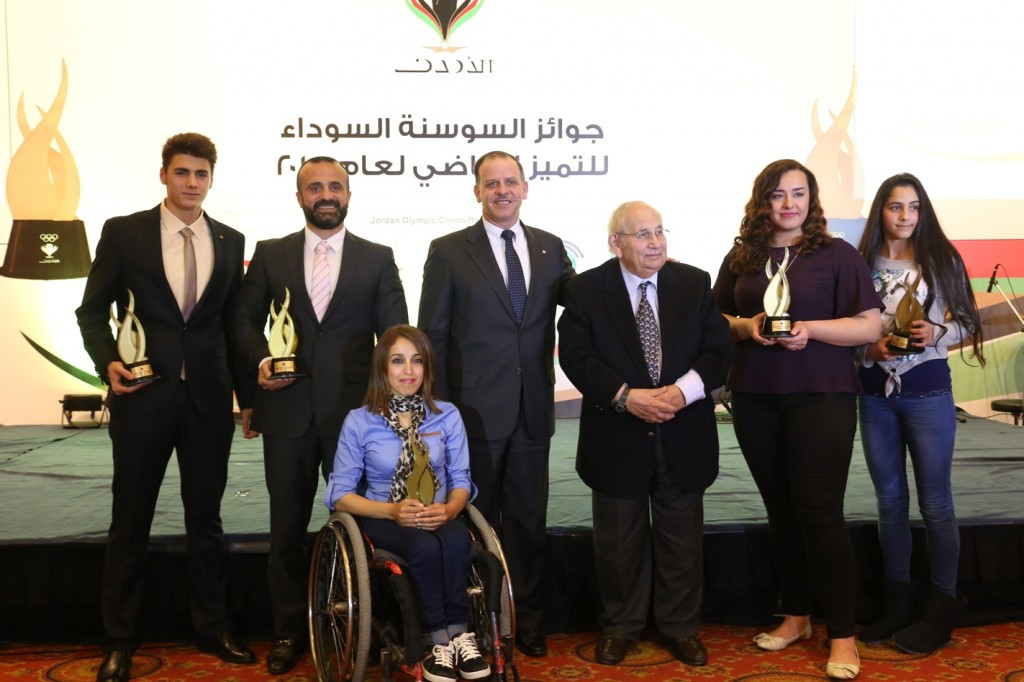 Hariri enjoyed a superb year in 2015 after he won 12 medals and the seven-time world champion beat off competition from Asian Boxing Championships bronze medallist Hussein Ishish and taekwondo player Ahmad Abu Goush for the award.

Rising star Khader Baqleh, the 17-year-old who became the first swimmer from the nation to achieve an Olympic ‘B’ qualifying time in the 200 metres freestyle in August, claimed the Best Young Male Achiever prize.

He has recently attended a training camp in Austria in a bid to hone his preparations for the Rio 2016 Olympic Games.

Khetam Abu Awad was recognised for her qualification for the Rio 2016 table tennis tournament as she took home the Best Paralympic Athlete trophy.

She was chosen ahead of Fatin Elymat, also a table tennis player, and powerlifter Mohammad Abu Arrar.

The winners were given their awards at a special gala dinner, attended by JOC President Prince Feisal Al Hussein and a host of other delegates and sporting officials.

The awards were voted on by the general public, with a record 500,000 votes cast across the five categories.

“The awards recognise and promote sporting excellence and the strength and depth of the five shortlists show the level of world-class talent that we are proud to call Jordanians,” Prince Feisal said.

“I would like to congratulate, not only the winners, but all of the tremendous sportsmen and women that were nominated.