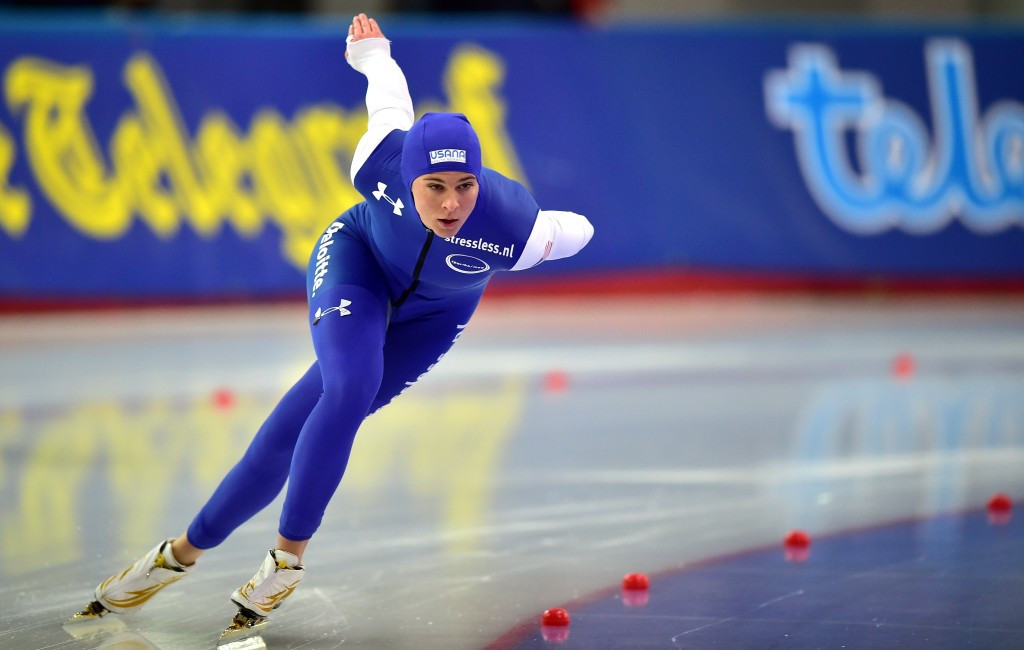 The world sprint champion stopped the clock in 37.84sec to finish comfortably clear of team-mate Heather Richardson-Bergsma, who finished second in 38.02.

Murashov was the only man to skate below 35 seconds with 34.96, enough to win by 0.09 over Dutch rival Ronald Mulder.

She opted not to compete in Heerenveen, allowing Natalya Voronina to continue a good day for Russia with victory in 4min 08.15sec.

There was more home success in the men's team pursuit when Jan Blokhuijsen, Douwe de Vries and Arjan Stroetinga combined to triumph in 3min 42.28sec.

After Stroetinga crashed in this season’s first team pursuit race in Calgary, the Dutch men won the remaining three team pursuit events in Inzell and twice in Heerenveen.

China's Jing Yu, Hong Zhang and Qishi Li claiming victory in the women's team sprint in 1:28.98 after beating Bo van der Werff, Janine Smit and Margot Boer of The Netherlands, who finished in 1:30.04.