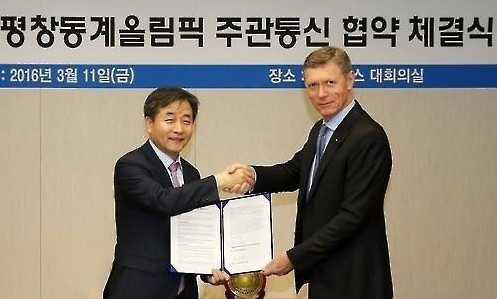 South Korean company Yonhap has been appointed as the host national news agency and photo pool supplier for Pyeongchang 2018 by the International Olympic Committee (IOC) today.

The agency, founded in 1980 following a merger between Hapdong News Agency and the Orient Press, will be tasked with providing comprehensive news and photographical coverage of the Winter Olympic Games in two years’ time.

They will also be given the responsibility of ensuring that the coverage is available to South Korean media.

“Yonhap will play an important role at the Olympic Games by ensuring that a comprehensive news and sports coverage of the games, with a focus on the performance of the Korean athletes, is made available to news organisations across the country to supplement their own coverage," Edgar said.

“As the national photo pool, all photos taken by Yonhap photographers in pool positions will be made available to all Korean news organisations free of charge, significantly enhancing the national press' coverage of Pyeongchang 2018.”

They employ around 580 journalists and photographers, as well as 60 reporters based in key cities around the world.

Yonhap, who provide news in seven different languages - Korean, English, Chinese, Japanese, French, Spanish and Arabic – will be given their accreditation for the Games by the IOC, while the rest of the South Korean media will apply through the Korean Olympic Committee.

“As the Pyeongchang Winter Olympics will be a festival for the world hosted by our people on a national level, we will dutifully fulfill our role as the host national news agency to ensure its success,” Park added.

The Winter Olympic Games in Pyeongchang are due to take place from February 9 to 25.