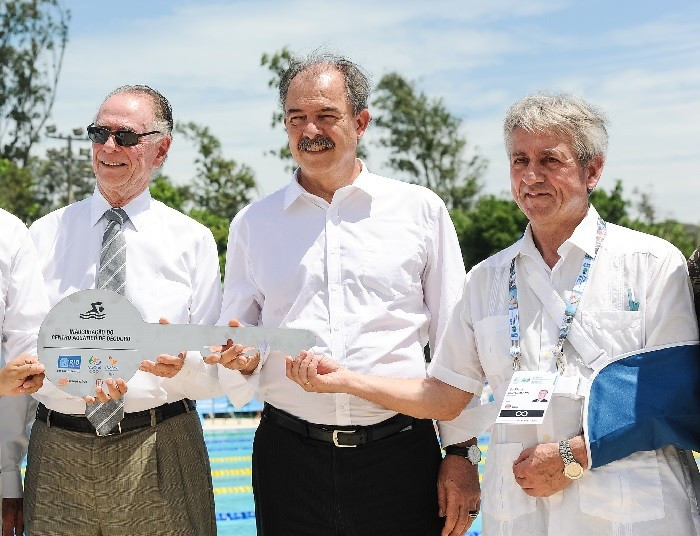 Rio 2016 President Carlos Nuzman and leading Brazilian Governmental officials were on hand to open the Deodoro Aquatic Centre today to mark the beginning of the modern pentathlon test event.

"We celebrate the legacy of Baron Pierre de Coubertin with our sport and we have to thank to Rio 2016 Organising Committee for all the efforts they have achieved," said Schormann.

"Deodoro will be a great place to visit during the Olympic Games."

The event is doubling as the season's second UIPM World Cup competition.

Proceedings began with women's qualification today, with Olympic places on the line as well as World Cup points.

France's Élodie Clouvel led the field of 36 qualifiers into the final.

The women's final and men's qualification will take place tomorrow.

Both the men's and the mixed relay finals will then be held over the weekend.