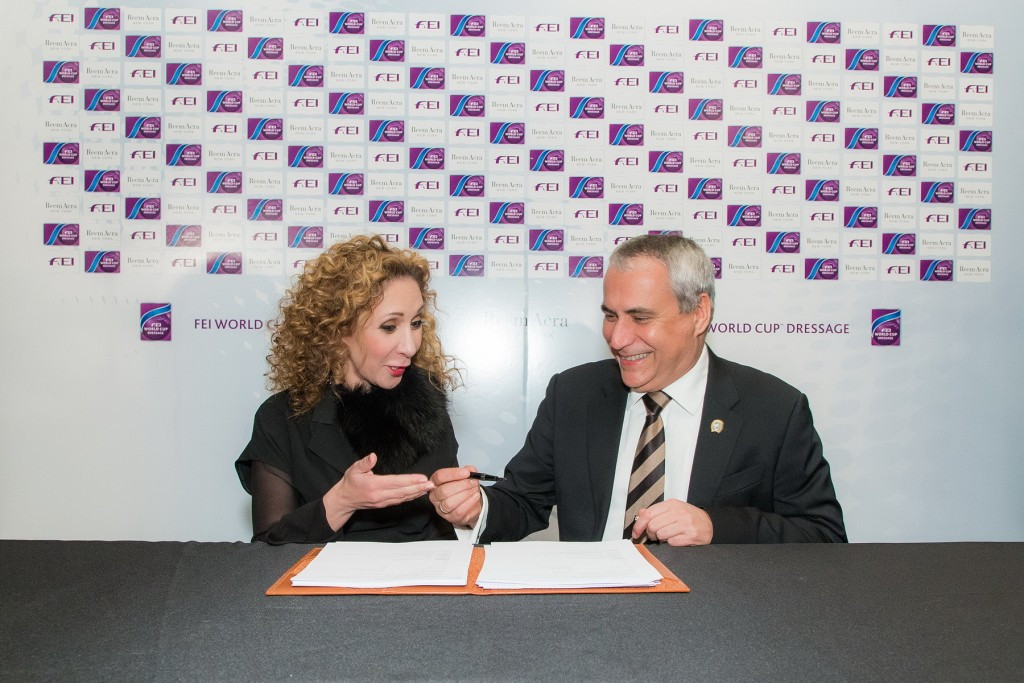 The agreement between the FEI and Reem Acra, the Lebanese designer whose work is frequently seen on red carpets around the world, now runs through to 2019.

It was originally signed in 2010 and was prolonged by three years on two separate occasions.

The deal was due to run out this year and the extension was penned at the recent the Reem Acra Fall 2016 ready-to-wear runway show, held as part of New York Fashion Week.

“We have worked together with Reem Acra for six years now and are delighted to have this opportunity to strengthen our ties and take our partnership to another level, including the brand’s continued involvement in the FEI Awards,” said FEI President Ingmar de Vos.

“It was fascinating to see Reem Acra in her own creative environment behind the scenes at New York Fashion Week.

“The focus on perfection is in many ways very similar to the work that our athletes go through behind the scenes to prepare for a winning dressage test.

“This new chapter in our partnership will generate further global exposure of the Reem Acra brand, demonstrating the synergies between the brand and our sport, and attracting new audiences to dressage.”

“We have already established a very successful partnership with the FEI during our time as title sponsor of FEI World Cup Dressage and really enjoy being associated with this prestigious dressage series,” Reem Acra said.

“I had no hesitation in extending our partnership to another level of commitment, to continue my association with equestrian sport and this world class event."